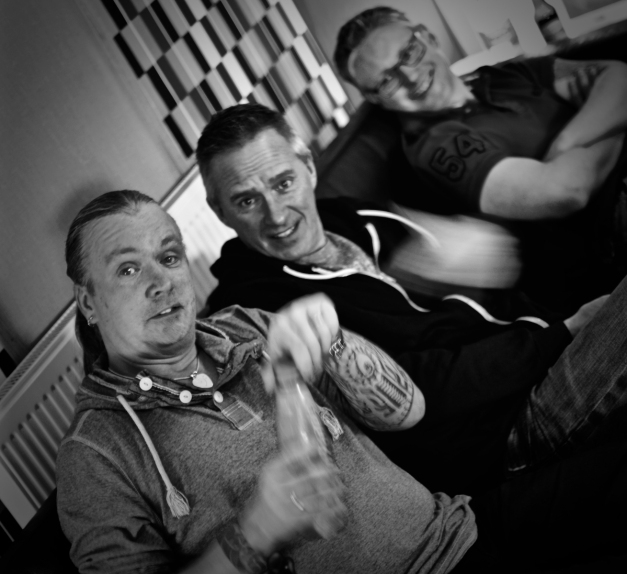 Time was when you would sit down and listen to a whole album, be taken on a journey through carefully sequenced tracks and enjoy the music as the artist intended. Things have changed, and if I’m anything to go by, then Spotify, playlists, and pressing shuffle may well be the way we are consuming our music these days.

It’s a great convenience to be able to choose the album tracks you like, skip the ones you don’t and have all your favourite music randomly coming at you as a soundtrack to your daily life. I’m not sure as an artist myself, brought up on flipping between two sides of an album it’s how I want my own music picked through, but I have to accept, we live in a more transient, song by song world and maybe there is less point in making albums anymore, just singles.

So that is why it is a very smart approach from Cain Rising to be releasing a series of five singles before putting them all together on a CD EP in July. It’s clever because it lengthens the shelf life for the band’s new release from reviewers like myself and from the radio stations that can have a new track every couple of weeks to keep them interested. There is so much musical competition when you release an album of music. A new release doesn’t stay new very long these days, and it seems that everyone moves on to the next new thing whilst the last song is still fading from the speakers. Dropping one track at a time as singles certainly keeps you in the public ear for a longer period of time.

Starting this series of releases on May 1st, Cain Rising put out “Rear View Mirror,” which I reviewed and loved. Now they have followed that with the single “Glasgow City Spires,” out on 15th May.

This song is inspired, according to writer and band frontman “Southside” Jimmy, “by a hazy hungover Sunday morning walk along Glasgow’s Great Western Road and down through Kelvingrove Park.” The song illustratively portrays the drive and passion Jimmy has for his hometown and poignantly marks his twenty-five years from moving away from it with lines like: “The streets below my soles, they’re home to me/My hometown’s now a foreign land.” 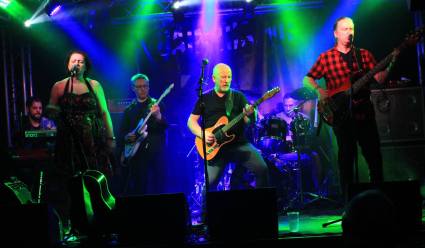 “Glasgow City Spires” is rockier than “Rear View Mirror,” and with this gear shift you begin to discover the range of songs to come. This is trademark Cain Rising and it is worth noting that the band have been described by others as strong, engaging, original, and accomplished. All of these most definitely apply with, for my part, a large serving of joy, to boot.

A big part of what makes listening to Cain Rising so enjoyable is the sound they have achieved on the recordings. Enough time has been taken to ensure attention to detail but without losing the passion of performance. The band spent about 12 days recording five tracks at Echo Studios in Buckingham, UK. This EP and last year’s album were both produced by Jamie Masters, who seems to be able to get right inside the band’s sound and bring out the very best of the songs, arrangements and performance. As “Southside” Jimmy Price says, “He doesn’t just record the songs, he contributes to the arrangements, and his skills with the tools of his trade are unbelievable. He tunes in with the band so much it’s as scary as it is creative.”

The single kicks off with a short Badlands-Springsteen style drum intro and then greets you with the warm guitar snaps and organ swirls so familiar in the band’s style. This leads you into the verse where, by hanging on one chord for the first few lines, a great sense of suspense is created before breaking into the bridge and bouncing you into the driving chorus. The chorus, whilst not such an “earworm” as in “Rear View Mirror” with it’s “looking at you” hook, does offer an alternative delight. It’s thrilling when a song grabs you straight out the box but equally rewarding when one grows on you with each listen, allowing access to the depths within. This is such feel good music, brilliantly made. I think I’m going to play the CD loud in the car all summer long.

So while we all wait for that CD release, I hope, for now, this has whetted your appetite, and I’m looking forward to bringing you a full EP review once the remaining three tracks, “Walk My Way,” “Soldier,” and “Social Man” are released.

Check out my recent review of Cain Rising’s “Rear View Mirror” for more info on the band and their live dates.