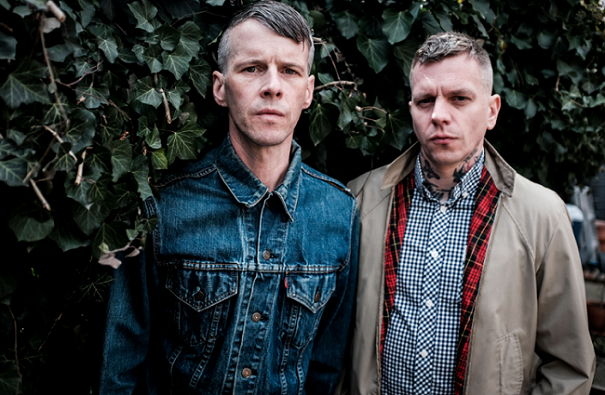 The songs on Space Cadet‘s Lion on a Leash (available digitally and on vinyl) recall the jangly, energetic radio-friendly rock of Harvey Danger and Semisonic. Vocalist Matt Hock and guitarist David Walsh were two-fifths of punk rock outfit The Explosion, and a bit of that frantic punk energy can be found powering Space Cadet’s songs, as well. Within my personal music collection, the band whose sound most closely matches Space Cadet’s is Thought Beneath Film, whose 2014 release Cartographers preceded the launch of Geoff Wilbur’s Music Blog by just enough time that I never reviewed the album. 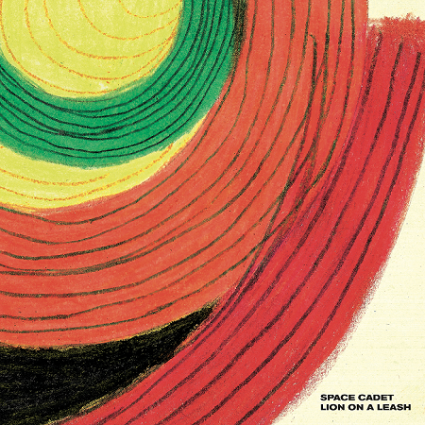 Lion on a Leash kicks things off energetically with “Forever For a While.” Its vibe is laid-back despite its uptempo beat and bouts of “la la la la la la” lyrical whimsy that’ll engender an easy smile and a bit of desk-chair dancing.

Perhaps the catchiest track on the album – though there are many, so it’s open for debate – is “Start Running Away,” which features a powerful rhythm, a prominent repetitive hook, and a guitar solo by Brian Baker (Bad Religion/Minor Threat) that adds that extra touch of texture to turn the song’s journey into something truly special. To put it in terms American Bandstand fans might understand: I’d give in an 85. It’s got a good beat, and you can dance to it.

“If Only” is next, with a lush, grainy rock ‘n roll music bed atop an enticing, drum-led rhythm, while “No Accident” follows, guided by a more purposeful beat, a mainstream ’60s rock guitar buzz – with the music opening a bit for the beginning of the chorus – and a neat little bit of meandering guitar for a closing.

The tempo picks up again on “Scream for You,” sporting a catchy guitar hook and a bit of “hey, hey” lyric to grab the listener’s ear. This is a dancefloor-filler or, alternately, in a concert setting, the sort of song that’ll get the audience jumping up and down and encourage even those who’re hearing the song for the first time to join in on the aforementioned “hey hey” and the fun, singalong-worthy “the enemy’s on the inside” lyrics. I very much dig this tune.

There’s a bit of a sharper edge on “Bad Luck.” I could hear anyone from The Romantics to the J. Giels Band performing a version of this song.

“Safe and Sound” follows with one of the biggest jangly hooks on the record, a bit of a distorted, even-tempoed, storytelling suburban anthem.

“Lose Control” picks the energy back and’ll get the concert crowd moving once again. It’s followed by album-closer “Slö,” a mostly-instrumental track with some nice instrumentation mixed behind a heavy, lush wall of power-alt-rock sound. It’s hard to think of a better way to close this catchy, updated-throwback-’90s rock record.

Dig the catchy, jangly, punk-inspired, updated ’90s pop-rock Space Cadet delivers on Lion on a Leash. Pick hits would be “Forever For a While,” “Scream for You,” and “Safe and Sound,” plus “Start Running Away,” which is notable also for its guitar solo by Brian Baker (Bad Religion/Minor Threat), who appears on the track. It’s strong beginning to end, though, so you may find your own favorites.