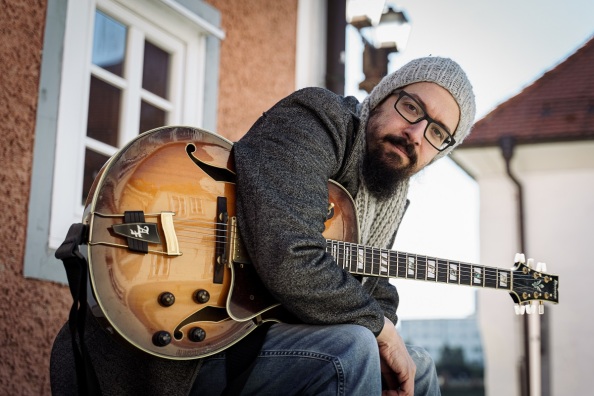 Eric Dolphy was a jazz saxophonist, bass clarinetist and flautist who emerged in the ‘50s and ‘60s and recorded for prominent jazz labels like Prestige and Blue Note. Although he left us way too young at 36 years old, he crafted a legacy of genre-defining work that changed the face of modern bebop. Dolphy stealthily walked that line between melodic convention and out-of-bounds freedom like few others. Charles Mingus, John Coltrane, John Lewis, Chico Hamilton and Ornette Coleman were just some of the bandleaders who were graced by Dolphy’s harmonic genius. 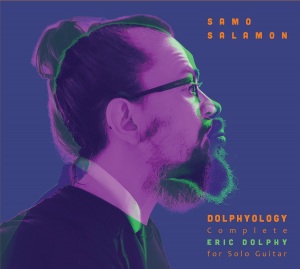 Samo Salamon is a world renowned musician who was selected by Guitar Player magazine as “one of the hottest 10 new guitarists in the world.” And Salamon is, indeed, globally recognized for his collaborations with everyone from Howard Levy, Paul McCandless, and Donny McCaslin, to Fareed Haque, Tim Berne, and countless others. The intrepid guitarist came to this current project out of the experience of pandemic lockdown. With a lot of time on his hands, he put it to good use revisiting and exploring the intricate music of Eric Dolphy. This music had never really ever been interpreted for guitar before. As Salamon puts it: “I tried to approach Dolphy, but in my own way. First, I transcribed all the compositions by Dolphy and arranged them for solo guitar. I improvised on tunes—sometimes in free improvisation, and in other cases, following the harmonic structure. I have played Dolphy’s tunes throughout my career, improvising on them, but rarely in a solo setting; probably because of fear or respect.” Well, now Salamon takes on the songs of a master head on and bravely documents them in posterity for all to hear. 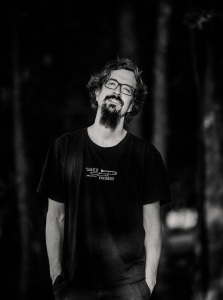 This is a full-length two-disc set of Dolphy deep cuts and classics recorded by Salamon in his living room with one microphone and the natural acoustics of his home. According to the liner notes, all tracks were recorded in one take and often include sonic “enhancements” like the meows of his cat in the background. On this release you get nearly 30 tracks total, with 14 cuts per side. First off, many of the tunes were originally performed in an ensemble setting and on some type of woodwind, no less. Salamon’s innate ability to re-arrange these compositions for guitar give them a unique character right out of the gate. His use of string bends and ringing harmonics really stand out and are a nice touch. Some of Dolphy’s more well known compositions like “Out to Lunch” and “Iron Man” really stay true to the heart of the music’s original intent, shining the spotlight on avant garde passages and angular intervallic runs. “245,” “G.W.” and “Straight Up and Down” run the gamut from fearlessly technical and unorthodox to jaunty and seemingly disjointed.

Many of the tunes are performed on six-string acoustic guitar, but Salamon also integrates 12-string guitar and mandolin into the mix as well. Cuts like “The Baron” and “Burning Spear” benefit from the thicker depth of the 12-string. He also employs some really slick quick note phrasing and flamenco-like flourishes as well. “Lady E” and “17 West” seem to stand out for their more traditional blend of balladry, modern bop and blues.

Perhaps it is human for a musician to be in awe of one’s heroes, feeling they may not be up for the challenge. But, suffice to say, that is not the case here. Salamon is a consummate artist that seems to have embodied the heart and soul of Dolphy. And considering the oft non-linear nature of these tunes, that is no mean feat.