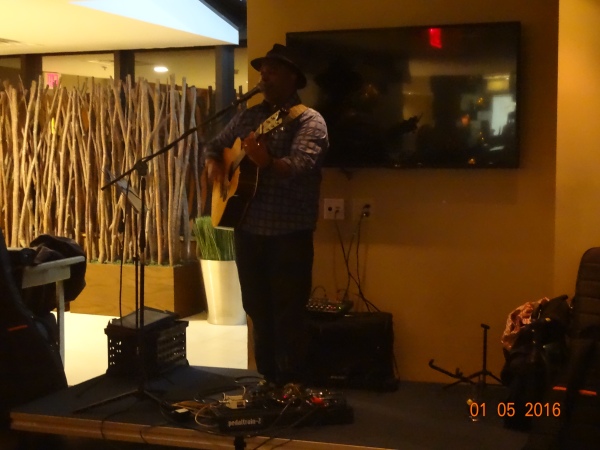 I started writing about music during my first two years in Boston. One of the bands I wrote about back then was a jazzy pop-rock outfit called The Amazing Mudshark, Everett Pendleton’s band.  In fact, you can see me sporting an Amazing Mudshark shirt in this Throwback Thursday tweet from a photo op at the end of an Anthrax press conference back in the early nineties. So I’ve been a fan of Everett’s music for… a few years.

In any case, when I learned Everett was performing an early 6:00 show at Chopps tonight and realized it fit into my schedule, I jumped at the chance to hear him sing. 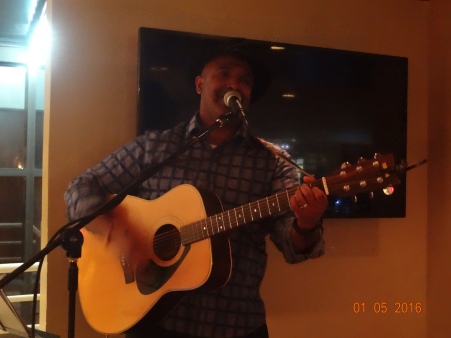 I arrived a couple songs into Everett’s first set and was able to stay for about a set and a half. Everett has a smooth, rich, strong voice that’s well-suited to radio-friendly soft rock, country, and blues. And it’s always worth it to get out and hear this guy sing, even at a venue like this where he mostly performs cover tunes.

When I entered the room, Everett was singing the Eagles’ “Take It Easy.” He followed it with “Driving With the Brakes On,” a Del Amitri soft rock ballad he delivers with what could be interpreted as a hint of country style.

A couple songs later, I was treated to the one original Everett performed while I was there, “The Devil You Know,” a mid-tempo soft rocker with emphatic vocals; a song well-suited to his strengths. 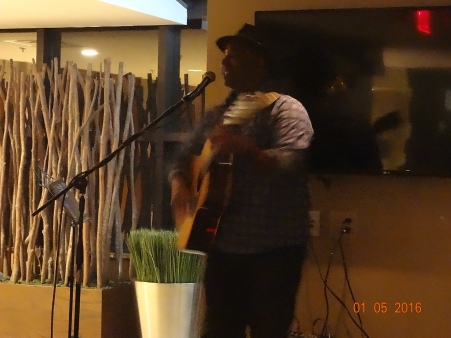 Throughout the rest of the evening, Everett showed off the breadth of his vocal and stylistic range. Matchbox 20’s “When She Smiles” was one of the more uptempo numbers of the evening, showcasing the richness of his vocals. The variety of the evening, however, ranged from Men At Work’s “Overkill” to Vertical Horizon’s “Everything You Want” to Van Halen’s “Dance to Night Away.” Other notable covers included Tom Petty’s “Free Falling,” Oasis’s “Wonderwall,” Jason Mraz’s “I Won’t Give Up,” Hootie and the Blowfish’s “Let Her Cry,” and Train’s “Calling All Angels.” And a couple of my favorites were Everett’s delivery of Lowen & Navarro’s “The Spell You’re Under” and energetic strummer Ben Harper’s “Steal My Kisses.”

At least as far as I’ve ever seen, Everett always delivers. In this case, the early gig fit my personal schedule quite well, resulting in a great evening of soft, acoustic rock music, covering songs spanning several decades and multiple genres and sub-genres.