Oh, yeah, there’s a backstory here. There are two singers I was singing the praises of on Twitter, on Facebook, in person to anyone who would listen, doing whatever I could to help them gain exposure long before I thought I’d return to music journalism. Ironically, they’re both based in London. And, of course, Ilona is one of those singers. In fact, if you’ve been reading this blog from the very beginning, you’ll have read about her already in the 9th installment of my 9-part “Road Back to Music Journalism” series.

The Fragile Heart EP is a collection of 3 old songs, 2 new songs, and a radio edit of one of the new songs that does a solid job showcasing Ilona’s range and unique talent.

The first song, “I Still Fall For You,” excels because it includes some of Ilona’s trademark quick, controlled vocal wails that punctuate an already-great, sentimental song. The new recording of “I Still Fall For You” is most notably different in its guitarwork, which simultaneously rounds off rough edges while being crisper and meshes well with some of Ilona’s new vocal flourishes; as a result, this re-recorded track feels fresh and new. Longtime fans will appreciate the redux. And if you haven’t heard it at all before, well, this is the perfect introduction to how Ilona can be so unique and original while occupying a well-worn pop/rock highway.

Fragile Heart also includes “Back to You,” a slow-mid-tempo, emotional song that benefits from that hint of gravel in Ilona’s vocals. Radio-ready, pop-rock (and adult alternative), it builds to power periodically. But most importantly, it showcases Ilona’s vocal chops, including perhaps the best song-appropriate mid-song vocal howl this side of Shakira at the 2:30 mark. You can tell when someone in the audience has heard this song before because they prepare as the moment approaches, then close their eyes and enjoy. This song – and moments within this song  – represent something special.

Indeed, it’s a pleasure to have “I Still Fall For You” and “Back to You” included on this EP because they have long been two of my favorite songs from Ilona’s repertoire.

One of the two new songs is “Safety Net.” This, I can safely say, has the potential to be an enormous hit. The hook – and it’s a sneaky one – embedded in my brain and caused me to have this song in my head when I awoke several mornings in a row after just a half-dozen listens – ideal for a potential radio hit. It opens with a driving rhythm and Ilona’s trademark, passionate humm-moans before her first actual vocals. The song then builds and grabs attention with a quick-stop and light bridge before embedding its hooky chorus directly into the unsuspecting listerner’s brain. “Safety Net” is wonderfully catchy and employs all of Ilona’s most captivating vocal elements (lows, highs, screams, even a snippet of breathy sultriness) into a mid-tempo, radio-ready rock song. 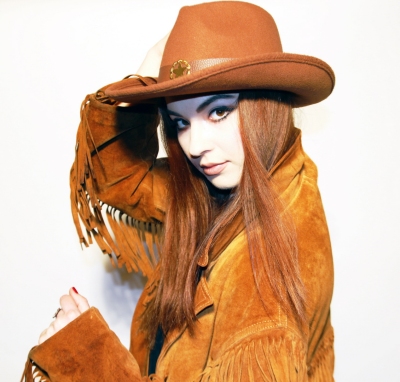 The other new song, “Best Day of My Life,” is also exceptional; it’s an engaging, emotional ballad that has grown on me more with each listen and now pops into my mind unprovoked almost as often as “Safety Net.” A blend of elements from some of Ilona’s other top ballads, “Best Day…” clearly carries the weight of her emotions. The way she can pour her heart into a vocal, with her voice subtly cracking, covering several notes within a syllable at times, holding firm at others… Ilona can tug at our heartstrings, and this song offers plenty of opportunities.

There are actually two versions of “Best Day…” on this EP. And while there is some exceptionally effective steel guitar on the long version, offering a hint of country, the twang is punched up a little more on the “radio edit,” a shorter version that may play as country in the U.K. and throughout Europe, more likely as a “crossover” tune here in the United States.

This all serves as a great set-up for the remaining track, a twanging country-rock tune entitled “Beautiful Country,” first released last summer, that discusses the differences – and similarities – between life in the U.K. and in country-music America. The pleasant melody leads to a nice payoff in its chorus.

Overall, Fragile Heart is a great introduction to this talented singer and the amazing things she can do with her voice. I tweeted about her extensively before I began writing, and I’ll continue to write about her every chance I get. If Ilona isn’t the real deal, I don’t know talent. And even if I didn’t know talent (which I do), I’d still know Ilona has it. 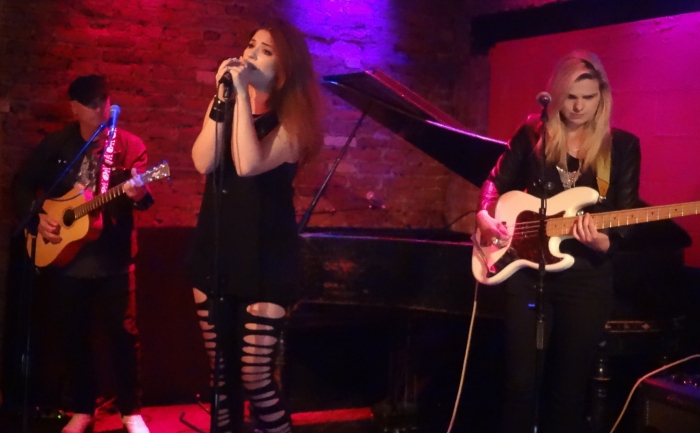 Ilona’s website lists an upcoming live performance on July 10th at the Cornbury Festival in Oxfordshire. On Ilona’s Facebook page, she also mentioned an April 1 date at the Half Moon Putney in London in support of John Illsley. Keep on eye on both of those locations for information on upcoming gigs.