Though my pop music fan friends lump me in with headbangers, true metalheads will confirm that I am, at best, a hard rocker. However, when I hear a band with a proper edge to its vocals, instrumental skills, and an aggressive musical approach with the skill to assemble those elements into a style that stands apart from the crowd, I cross over to the dark side. So yeah, I’m a bit persnickety when it comes to which real, true metal bands I listen to, and I know I leave out very worthy bands from entire sub-genres in the process; that’s why I always tried to have at least one true hardcore metal aficionado on staff when I published Geoff Wilbur’s Renegade Newsletter. But there’s nothing as sincere as my appreciation for a metal band when its sound really speaks to me. Several months ago, I introduced you to one such band, the amazing Forever Still. Now, again, I urge you to take a listen to Gemini Syndrome. 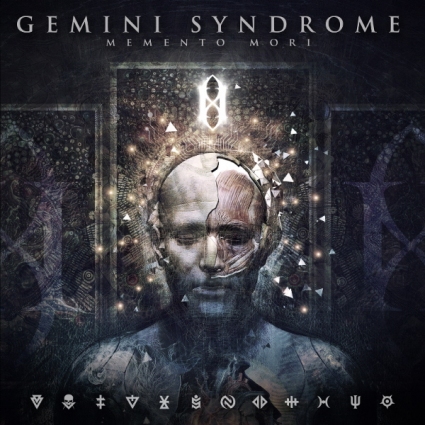 Gemini Syndrome combines the polished, heavy melodic power of Three Days Grace with the raw energy and rough edges of Coal Chamber to form its very own sound in this standout collection of songs, Memento Mori. And, of course, you can’t have an exceptional band without a prodigious vocalist with an identifiable vocal edge. Enter Aaron Nordstrom to rock your face off…

Right from the start, in fact. Album-opener “Anonymous” starts off with power, contains a catchy repeated lyrical/rhythmic section that you’ll remember long after the song ends, adds a little metal growl in the middle, and essentially establishes the mood of this powerful metal album.

If there’s a potential broad-audience hit, it’s “Remember We Die.” (In the video, there’s a minute and a quarter of pre-song storyline before the album version of the song begins.) The chorus soars, there’s a bit of harmony, the tempo changes and occasional forays into brief aggression are well-placed, and the title provides an easy sing-along throughout the track. While this may be the “gateway song” for crossover fans, most of the rest of the disc is heavier.

Other standouts include “Gravedigger,” which has an incessant, slow-but-heavy pace, with the vocals and the rhythm section taking turns driving the rhythm in tour de force fashion. Also, “Inception,” which eases into its power. And “Sorry Not Sorry,” which contains a practically pop music melody, balanced with heavier sections and some heavy metal screaming.

The album nearly closes with the aggressive “Eternity,” driven primarily by its pulsing heavy rhythm and typically soaring power vocals, with “Ordo ob Chao” serving as a one-minute decompression-chamber outro, as if meant to pull one final cathartic scream from the listener.

Memento Mori requires consideration not just by full-time hard rockers and headbangers; if you have any metal in your collection, this album may well be a worthy new addition.

Gemini Syndrome has a bunch of live gigs scheduled. Check out the tour page of the band’s website to see if they’ll be performing near you. The band’s next show is Saturday, September 24th in Houston, TX with Alice in Chains. And on October 12th, the band hits the road with Sevendust and Red Sun Rising, playing Dallas on October 12th and Austin on October 13th, with dates through the end of the month of October in Flagstaff, Tempe, Las Vegas, Los Angeles, Sacramento, Portland, and Spokane.