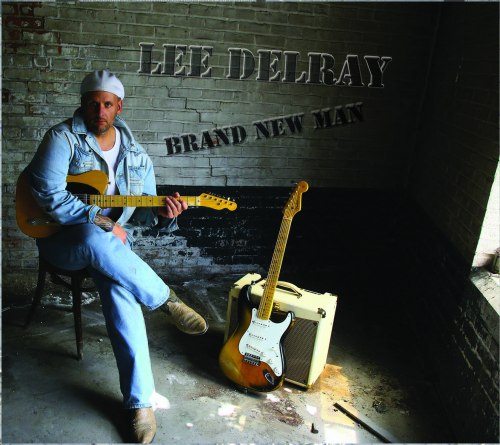 NYC native Lee Delray wields a soulful voice and an even more soulful guitar approach. He unleashes his full blues rock onslaught on his latest effort, Brand New Man. He is also a very talented songwriter who is able to connect with audiences on a number of levels.

The album kicks off with a strong and spirited track, “Meet My Maker.” Delray lays down a steady I-IV-V pattern while stating his slide guitar prowess from the outset. This track establishes right away that this is, indeed, a young master at work. That is followed by a standard popularized by everyone from Albert King to Kenny Latimore called “I’ll Play the Blues for You.” This is smooth urban blues, with a jazzy feel and some nice conversational rap from the leader in the mid-section. Along these lines, Delray continues that rap/blues hybrid on “First-String Man.” His guitar establishes a Stevie Ray Vaughan-meets-Jimi Hendrix kind of vibe and pairs that with embellishments from the hip-hop team of Young Chizzy and Deejay NoGood. It’s an unlikely musical marriage, perhaps, but one that works and really pays off well. 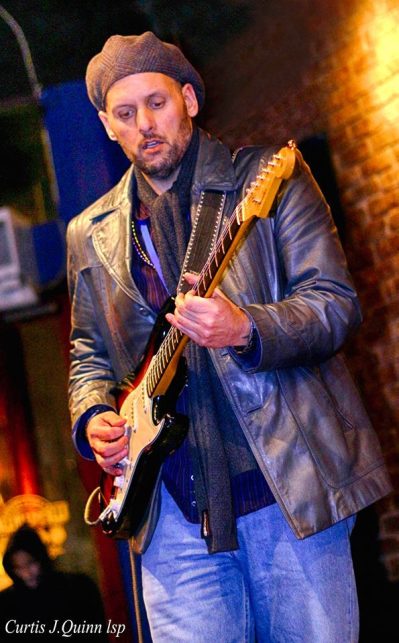 Delray writes catchy hooks and really has a flair for melody and succinct thoughts and lyrics. This is most evident on the seemingly autobiographical “Blues Came Callin’.” He picks up the pace for the follow up “Love Line.” This is a funky number that features tasteful note choices delivered in a Carlos Santana/Coco Montoya manner. “Cookin’ in My Kitchen” is one of those typical love and suspicion kind of songs. It’s a shuffle, with a lot of attitude and spark. “Hollar” is just like the title sounds; blues with a raw exclamation point! It continues that rough and tumble shuffle style that really smokes. Delray unloads some wicked slide guitar work here, as well.

“Gotcha” follows and is pure Chicago-styled swing. Kudos go to the leader’s trusty rhythm section of bassist Scott Ward and drummer Ken Conklin, who really lay it down here. “Mine All Mine” is a very syncopated R&B-influenced track somewhat reminiscent of Robert Cray or Delbert McClinton; a strong funky underpinning that’s perfect for dancing or jamming. And that brings us to, not the least, but the last track, “Yesterday’s Tears.” This is a tune that could easily be a hit on country, pop or r&b charts. Mike “Sweetharp” Smith’s harmonica and Lenny Hayden’s acoustic guitar give this a very appealing back porch/Dobie Gray type feel.

Lee Delray is, simply, the complete package. He is extremely versatile, able to assess his audience and their needs. And he truly delivers, whether the song calls for rock, country, jazz, funk and, in the case of the aforementioned “First-String Man,” even hip-hop. He is an artist with a sense of adventure, yet he still has his finger on the pulse of appealing to his fan base. I’m sure he will generate a number of new fans too with his latest, Brand New Man.

Lee is scheduled to perform on December 9th at The Lakeside in Saylorsburg, PA; on January 28th at The Brown Pelican in New Bern, NC; on January 30th live on-air at the Raeford Morning Show in New Bern, NC; and at the All Day International Blues Challenge in Memphis, TN (January 31st through February 4th). Check his website for additional live dates as they are added.