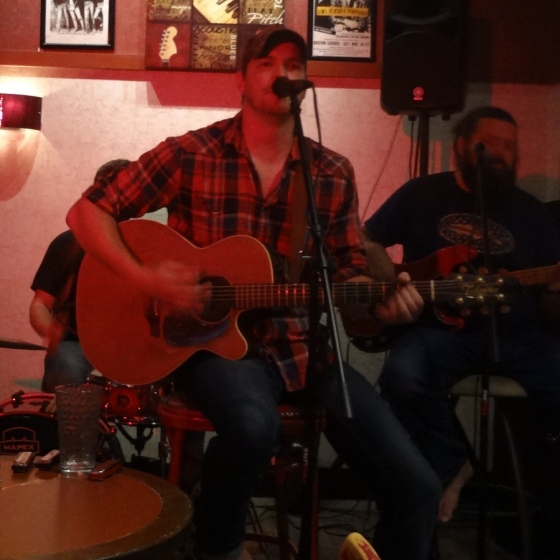 That voice. There’s something special about Jay Taylor‘s voice. Something completely country about it, too. Not modern country, though. Not necessarily old-school country, either. I’d call it timeless country. He can do the old-school songs, which are clearly close to his heart, and make them seem modern and appealing to audiences across the country sub-genres. Of course, I raved about Jay’s voice when I wrote this live review a couple months ago. And I’m sure I’ll do it again next time I write about him.

The songs on this five-track EP are earworms. Give them a listen and they’ll come back to you at the oddest times. Hold On is a collection of well-written songs delivered by one of the finest country voices you’ll ever hear. 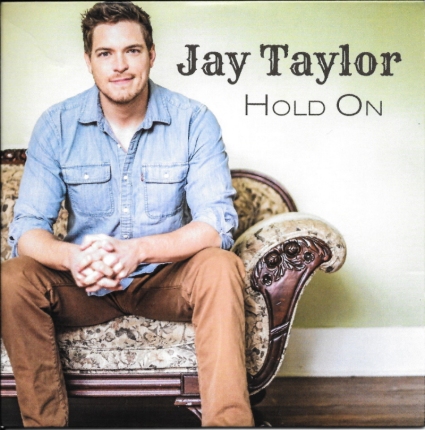 This disc kicks off with the song that hooked me when I first heard it months ago, the title track “Hold On.” Right off the bat, the twanging guitar will grab you, and Jay’s earnestly powerful vocal joins right in, evolving “Hold On” into the hookiest, catchiest, most fun songs about drinking moonshine you’ve ever heard.

“How I Wanted To” is a heartfelt love-lost song with a twang and drum roll that would be at home in the 1970s but delivered with just enough modern pop and country edge that it stakes its claim as a contemporary number, even featuring a timeless harmonica bridge.

“The Green Dress Song” is another pure country ditty. I always think of slower tempos when I think of George Strait, but I can absolutely hear George’s rich, emotional country voice – with just enough country twang – in Jay’s vocals on this charming uptempo song with enough slide guitar to sound as if it came straight from the Opry stage.

The “ohs” in “The Light” suggest balladic Elvis, but Jay delivers it with a rich, full vocal that’s entirely his own. This lyrically interesting crooner about a nomadic soul would be as at-home in an arena with an audience full of lighters (or smartphone screens) held aloft as it would be in a 1950s high school gymnasium during a homecoming dance.

The nomadic soul theme continues with “Hello Railroad,” but this one has more of a Johnny Cash flavor to it. To no one’s surprise, of course, Jay’s voice is up to the challenge.

In summary, Hold On is catchy, engaging country music that will stand the test of time performed by a modern country boy with one of the finest, most versatile voices you’ll ever hear.

Jay’s a fun, laid-back showman with a great voice, so I’ll certainly get out to see him perform again whenever I can if I see he’s performing in my area. If you’re in Charlotte, NC, you’ll get a chance when he’s at Tin Roof of December 2nd. And on December 3rd, he’ll be at the Tin Roof in Columbia, SC. Jay’s schedule includes several other Tin Roof stops, in Lexington, KY on Friday, December 16th, and in Louisville, KY on Saturday, December 17th and Friday December 30th. Several 2017 shows are on Jay’s calendar, again hitting the Tin Roofs in Charlotte, Columbia, Louisville, and Lexington. Click on the tour page of his website for more details on those shows and to see when he adds additional dates. Until you get a chance to hear him perform live, though, check out the Hold On EP.