Arjen Anthony Lucassen is a Dutch progressive rock singer-songwriter/multi-instrumentalist and producer who, among other things, fronts the band Ayreon. This long out of print solo album was originally recorded in 1996 as, more or less, a fluke. In Lucassen’s words, “Back in 1996 I had so much fun recording Strange Hobby! It was great to take a break from recording my complex, bombastic Ayreon prog-extravaganzas and blow off some steam blasting out these rocky cover versions of my favorite songs from the sixties.” 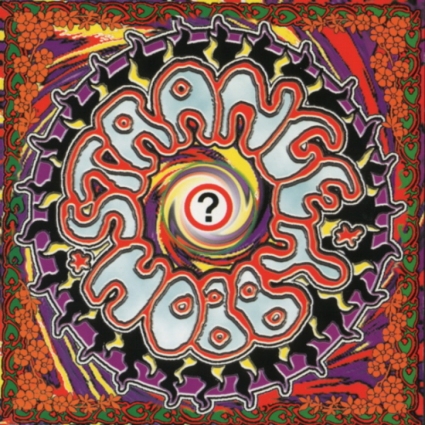 This is a “solo” album in the truest sense of that word. All vocals and sounds heard among the 22 tracks here were created by Lucassen. And, whether you grew up in the era of the ‘60s or not, this is just a really fun ride! This is a pretty comprehensive collection that spans the gamut from top hits by Pink Floyd, The Kinks, The Yardbirds, The Beatles, Status Quo, The Beach Boys, The Box Tops, Marc Bolan, etc. Lucassen’s take on opening tracks like Pink Floyd’s “Arnold Layne” or Simon & Garfunkel’s “I Am a Rock” not only display a deep knowledge of ‘60s culture, but it’s a testament to his immense skills as a producer and performer. His vocals are spot on and his ability to shift various textures and moods to suit each song is impressive. Also included are deep cuts like Bob Dylan’s “I Want You,” The Move’s “Flowers in the Rain,” and The Beatles’ “For No One.” Fans familiar with Lucassen’s prog rock work will probably be shocked as he does not take too many improvisational liberties and stays somewhat faithful to the original artist renditions. However, each track bears a strong 360 degree dimensional feel that really immerses the listener and draws you in. The vocals are enveloping and angelic and the guitars/keyboard effects are prominent and will saturate your senses.

You will find yourself singing along to each track and jamming air guitar for sure as well. Since Lucassen had such a blast creating this project, here’s hoping Strange Hobby, Vol. 2 might be a not too distant consideration!