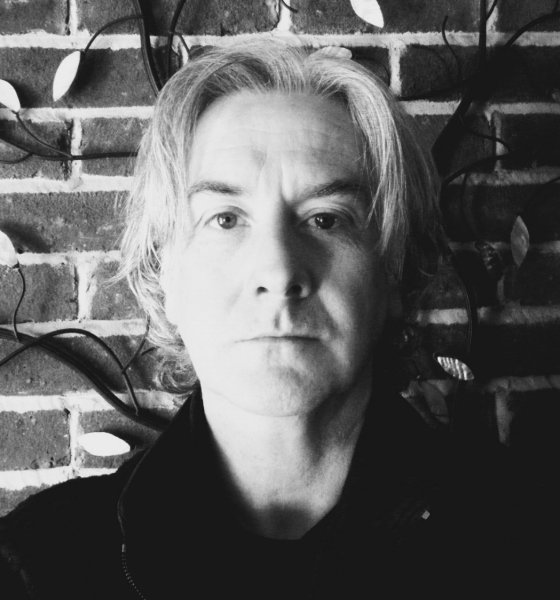 We’ve reviewed several of Jimmy Lee Morris‘ recordings in the past here at the Blog. After I initially reviewed Wilderness Wood last spring, Jimmy contacted the Blog about writing some reviews for us, and as he’s such a talented wordsmith, he has been a terrific reviewer for us, too. Of course, since then he has continued to release music, rather prolifically, and he remains one of our favorite folk musicians. I reviewed his two-sided single last summer, and contributor Eric Harabadian reviewed his recent Campervan EP, which was a February release. Jimmy’s newest full-length album, Gallery, reviewed here, dropped on June 2nd. 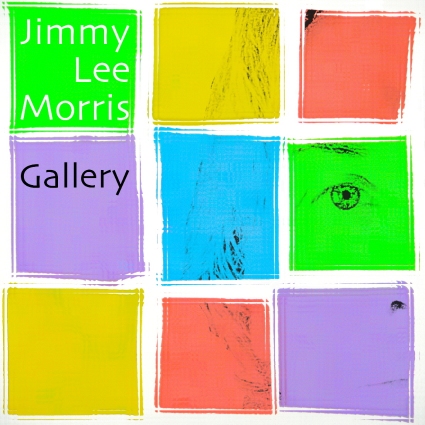 Relatively light and cheery from beginning-to-end. That was my immediate reaction to Gallery. And how could it not be, as most of the songs feature the mandolin, a cheerful instrument if ever there was one. Gallery as a whole recalls for me Jimmy’s Wilderness Wood album in its upbeat, hopeful reminiscence and nostalgia. As usual, though the songs mostly reside within a tight range of singer-songwriter-folk, he explores all manners of style, energy, and influences, resulting in an album that engages and surprises (in small ways) around each corner of this 8-song collection.

“Mandolin Dreams” kicks things off in enthusiastically folky fashion, a high-tempo romp about a “vintage eight-string mandolin.” Then “5 O Clock in the Morning” quickly brings the tempo down, with Jimmy’s emotional, precise vocals straddling the border between melancholy and reminiscent. It’s followed by “Take Me Home,” which, musically true to its lyrics, is a mid-tempo drinking song with a sea shanty flavor. See what I mean? Small surprises. 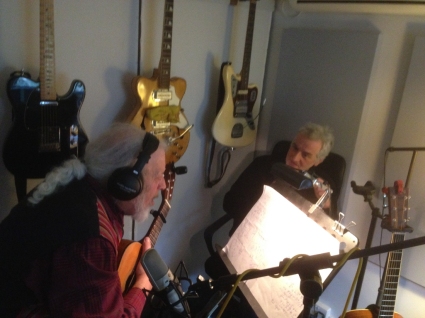 One of the songs that grew on me slowly to became a now-favorite, the title track “Gallery” is particularly slow-tempoed; Jimmy’s soft, sentimental, thoughtful croon carries the tune throughout.

“Stargazing” immediately lightens things up, though, with its playful melody and lyrics, like a romp through a meadow on a sunny day, when everything’s in bloom. “You and Me (Clinging to a Song)” maintains that energy, the two songs providing a back-to-back sunshine infusion, the latter with a bit of seventies radio-friendly folk-pop sprinkled into the mix.

Penultimate number “Looking Back” sports a rich guitar sound as it builds from super-mellow to merely mellow, a hopeful song in which Jimmy deploys a particular warmth in his vocals, emoting in such a way that the words sound particularly profound, whether or not they actually are.

The disc ends much too soon with the song that quickly became my personal favorite and remains my very favorite on the disc, “End of the Road (’69 Campervan)” an energetic ode, presumably, to Jimmy’s much-sung-about campervan. The song becomes a bit ’60s pop-rock during the chorus, melding well with the old-school radio-friendly folk verses and bridges. In all, a well-crafted song to end a superb eight-song disc.

As always, Jimmy Lee Morris writes well-designed songs, surrounds himself with talented musicians and a top-notch producer, and performs his songs earnestly with an overarching sense of folk-rock fun. As a result, Gallery is yet another Jimmy Lee Morris album worth checking out.