Hartford, CT-based Gracie Day has been popping up on my local radar a lot lately, so it’s a pleasure to review the first single (just released today, September 27th), “I Don’t Want Whiskey,” from her upcoming debut EP. Named 2017 New Act of the Year by the New England Music Awards, Gracie’s voice sounds pretty old-school country on this track. A quick examination of Gracie’s YouTube videos point to soul and folk influences playing prominent roles in her voice, as well, but if I were to name the genre at her vocal center, it would definitely be country. 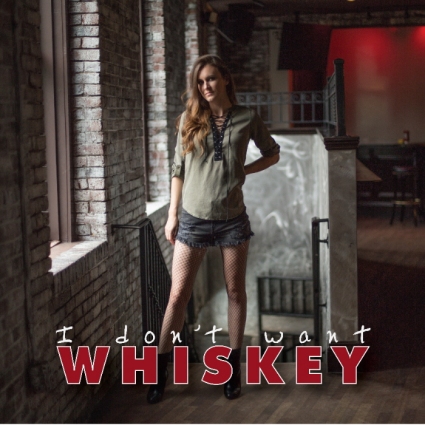 image courtesy of Nina Pickell on behalf of Gracie Day

On “I Don’t Want Whiskey,” a slight warble to Gracie’s voice and prominent slide guitar give off a good ol’ Opry-ready vibe. Though a full-band production with a rich, radio-friendly sound, the instrumentation is relatively sparse, focusing listeners more specifically on Gracie’s voice. Drums and strings drive a mid-to-late-song bridge that serves as a bit of a musical crescendo, but overall the voice-focused recording brings out the emotion of every voice-crack and lilt in Gracie’s voice. With “I Don’t Want Whiskey” serving as an advance introduction to Gracie’s forthcoming EP, it will be interesting to hear what else she has in store for us.

It also occurs to me that this is one of the few country songs I’ve ever heard about not wanting whiskey. Just saying.

Gracie is performing Friday, September 29th at Thunder Road in Somerville, MA. Her Facebook events page also lists a November 4th gig at starlite in Southbridge, MA. You can also check the “shows” page of Gracie’s website for additional information about upcoming shows as she adds them.