Straightforward rock ‘n roll from New Jersey. With roots in the ’70s and ’80s, Sam Sherwin‘s Iodine Cocktails is a bit of a rock ‘n roll, um, cocktail. 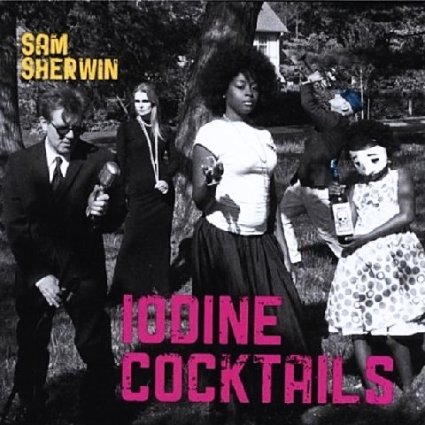 Sam kicks things off with the cheerful, Randy Newman-esque “Anymore.” Picture a sunny day, two or three female backup singers adding emphasis, and a smile on everyone’s face, and you’ve captured the essence of this number. Moderately energetic with a laid-back, catchy, recurring guitar hook, “Anymore” has all the attention-grabbing elements perfect for an opening track, and it’s likely to become and remain a favorite. 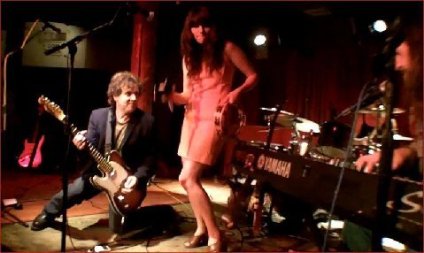 But even within the sunny opening number, there’s a hint of regular-guy New Jersey in the song, and that’s a thread that’s found elsewhere in Iodine Cocktails, too. Notably on the mellow, slightly melancholy, harmonica and guitar-filled, most Jersey-esque rocker on the album, “Automatic Day.” 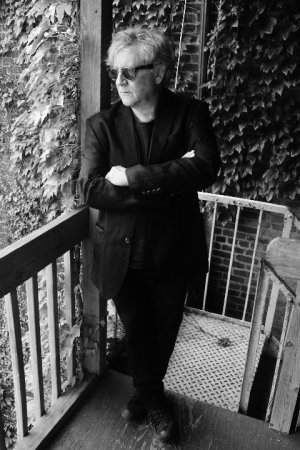 More prominent throughout the album, though, are the female backing vocals that add a fullness to the music. On “Without You,” for example, they’re paired with keyboards and well-placed organ for emphasis. Sam’s voice on “Without You” is smooth, melancholy, and gritty wherever the song calls for it, showing a range of vocal versatility within a five-minute song capsule.

“Well OK” features a John Mellencamp or Bruce Hornsby-ish tempo and well-suited harmonica intro, though Sam’s vocals have perhaps a smidgen more of a knowing sneer than you’d expect form Mellencamp, with maybe a hint of Springsteen’s grit. You’ll find the rich female backing vocals again on “And a Whole Lot More,” this time with more of the uptempo laid-backness of songs like “Well OK.”

That’s not to say that there isn’t the occasional outlier – the fun “At the Old Canal” is a bit of a barn-raising-ready, slow-tempo, almost-twangy Americana number. But even this has a bit of Sam’s rock ‘n roll show band flair to it, more of a fun, quirky number than a shift in his base style.

And, going the other way on the rock ‘n roll spectrum, “Lick Your Lips” starts with a George Thorogood-esque gritty intro before moving to a more energetic, accessible, gritty blues rock style for the rest of the song. Still rock ‘n roll. And, if you noticed, still “gritty.” A little of that is Sam’s vocals, but more, I think, is the recurring, wailing, blues-rock guitar hook.

Indeed, Sam Sherwin touches upon a variety of classic, mid-tempo, radio-friendly rock ‘n roll styles, infusing his music with elements reminiscent of a broad cross-section of top artists from that mainstream rock ‘n roll genre. A bulk of the songs, including those I failed to mention, fall within this range, providing a varied yet cohesive 10-song collection that’s a solid addition to any mainstream, multi-decade rock ‘n roll collection.