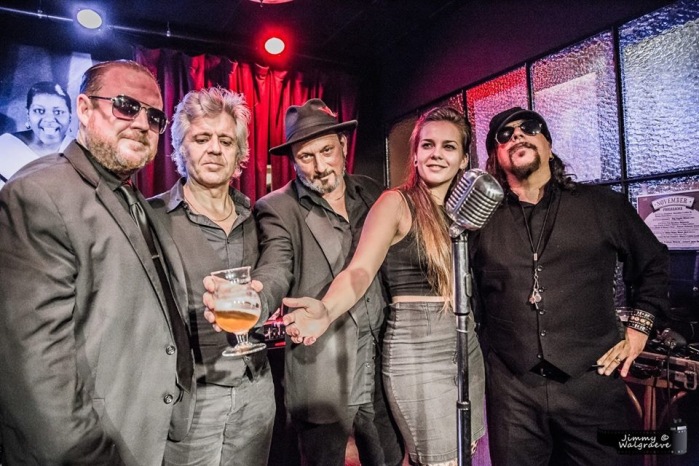 Arguably, the blues is an American art form. But, having said that, one cannot simply compartmentalize it into such jingoist and provincial terms. A case in point is the marriage of bluesy Belgian street busker Ghalia Vauthier and New Orleans-based R&B rockers Mama’s Boys. Vauthier had been following her musical dreams all across the U.S. — from Chicago to Mississippi — and wound up in the great state of Louisiana. She met up with harmonica/vocalist Johnny Mastro and company, and the result is this album here.

And what an album it is, too! It is a hot and spicy musical gumbo of rhythmic abandon and a hedonistic free-for-all. The album kicks off with an uptempo number called “4 AM Fried Chicken.” Basically it’s about after-hour juke joints where the drinks are flowing and the food is first rate. Vauthier sets things in motion, with a hard partying vibe that spotlights her expressive voice and guitarist Smokehouse Brown’s rough and ready sound.

Title track “Let the Demons Out” follows and has a moody, almost gospel-like feel to it. Vauthier’s vocals are eerie and are framed nicely by Brown’s atmospheric guitars and Mastro’s searing harmonica. “Press That Trigger” truly ties into the aforementioned “hedonistic” tag. This is a fun one, with thinly veiled wordplay like “c’mon babe, find the right tool to polish my jewel.” 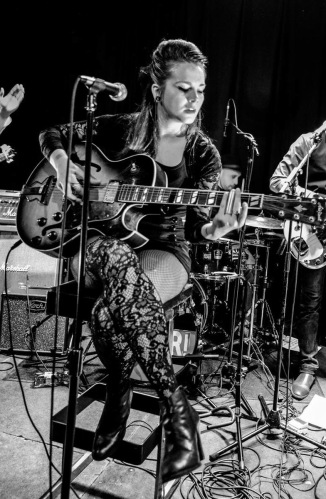 “Have You Seen My Woman” finds the chanteuse Vauthier singing from the perspective of a guy searching for his lady. The band chimes in collectively on backing vocals for the chorus as the rhythm section shuffles, the harmonica wails, and the guitar lays down some muscular crunch. “Hoodoo Evil Man” offers some of that swampy down-home-type blues this band is known for. It is an intoxicating and swinging standout.

There are some cool novelty type tracks that should be noted. “Waiting” is kind of a clever duet between Vauthier and Mastro where they claim themselves as king and queen of New Orleans. It’s a call and response thing that’s cute but gritty and hard-edged at the same time. The album closer, “Hiccup Boogie,” is a cool little story that Vauthier concocted about how she very well could’ve met the band in some Crescent City blues club. Brown’s blazing solo in the middle really ignites this piece and concludes the album with a crazy and full throttled exclamation point.

Ah, the universal language of some good ‘ol rockin’ blues! The marriage of Ghalia and Mama’s Boys is proof that music is the great unifier, as this stellar working class band blends seamlessly with the European vocal dynamo. Well worth checking out!