Album Review of Jimmy Lee Morris: Truth is the Talisman

You know how we feel about Jimmy Lee Morris here at the Blog. He’s a singer-songwriter with an identifiable sound, a voice that can range from smooth and soft to that of an edgy rocker, and an ability to write in a variety of styles and voices, melding influences ranging from the obvious folk to multiple subgenres of rock ‘n roll and at times a touch of the blues.

His Truth is the Talisman release is a collection of 20 songs, spanning 40 years of songwriting, recorded by Jimmy during the 2020 COVID-19 lockdown. Album-opener “Moon Over Cairo” had its roots in 1980, while the title track is all 2020. The album itself was released in January 2021, so I’m a bit behind on sharing it with you, but please take a listen and enjoy. It’s an interesting trip, spanning a variety of times and influences, covering the many faces/voices of Jimmy Lee Morris.

Though I’ll skip around a bit and share thoughts on several of my favorite songs, there are no weak links on this album; you can depend on the quality of every track, with each of them potentially being one of your favorites.

Of course, the very first song, the aforementioned “Moon Over Cairo,” is one that’s particularly worth mentioning. It’s got an eerie, “Wicked Game”-ish opening, a compelling rhythm, and a delivery that pulls the listener in, as if revealing an important secret. With prominent pianowork augmenting – and occasional guitar noodling supporting – the relentless rhythm, this is a slower-tempoed rock song, recalling for me something you might hear from Peter Gabriel or Sting.

The title track, next, is more dead-center the sort of sonically-rich storyteller I’ve grown to expect from Jimmy. “Truth is the Talisman” is well-crafted, lyrically insightful, and thoughtfully delivered with a warm earnestness. As always, Jimmy sets a high bar for himself.

“Get Away” follows, a bit of a “travellin’ song,” lightly voiced, with a little faster tempo than the song before it but still motoring along at just a modest tempo, tossing in some neat little playful hooks and just a hint of psychedelic feedback.

Both musically and lyrically, “You’ll See It in Her Eyes” sounds like it could have been the lead song on the soundtrack of a ’70s movie about starcrossed lovers. The pianowork, guitar accents, and Jimmy’s voice all stoke the melancholy. 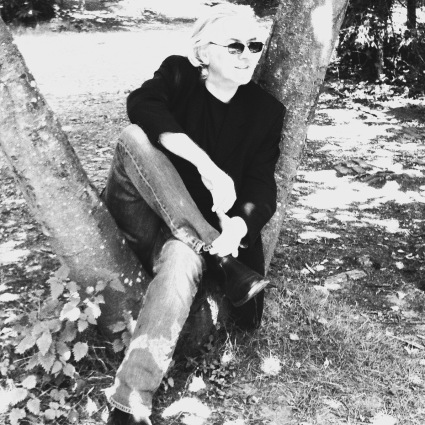 “Atlantic Highway” has a light, Wilderness Wood-like classic Jimmy Lee Morris vibe, as best embodied on that disc by its title track and “Campervan Song.” “Atlantic Highway” is a cheerful number that’ll lift your spirits with lyrics like “Mr. Harrison said if you don’t know where you’re going, any road you chose to take will take you there. So let yourself go where the wind is blowing, and you will always find yourself somewhere.” In all, the song is laid back, with the purpose of having the listener grin along.

The rest of the disc falls within the parameters of the songs above, all centering around Jimmy’s trademark, central sound while continually exploring his various influences.

“Hold Me Close,” for example, is a sweet, soft, almost lullaby-tempo love song.

I’m also particularly fond of the broad, bright openness of “Giving It All Away,” a song that occasionally brings to mind a dash of John Mellencamp, both early on and in some of the in-song transitions, though the places it travels elsewhere in-between are more uniquely Jimmy Lee Morris.

“I’ve Been Sinking Down” is a versatile number that’s delivered with a bit of an off-balance vibe throughout and that, with some restructuring, I’d think could be performed in a variety of styles, befitting band formats ranging from a jug band to a blues outfit to anything in-between. In the case of Jimmy’s “original” version, it’s a toe-tappin’ strummer atop a low-level but solidly rich music bed. In its present form, it serves as a solid lead-in to “Someone Like You,” a mid-tempo guitar-rocker that leans on just a little distortion and a ’50s/’60s rock-inspired arrangement to augment its energy level.

Another favorite, “Tomorrow Is Too Late,” which follows “Someone Like You,” is similarly styled and keeps its predecessor’s energy going.

Also noteworthy is “Love Will Come Your Way,” a rich, warm, mid-tempo number whose smooth delivery makes it feel like you’re lying contentedly on a sunny patch of grass, despite the actual weather outside on any particular day.

The album’s penultimate track, “I Never Thought,” is a slower number, primarily with a rich, orchestral feel but with a few bluesy chords scattered throughout to provide its uniquely original character. Think slow-dance song at a big country-leaning dancehall.

Jimmy closes the disc with the raucous, rock ‘n roll “Hey Hey.” As if directly from a Happy Days sock hop or the Back to the Future “Enchantment Under the Sea” dance, if you didn’t know this was a Jimmy Lee Morris original, you could be convinced it’s a timeless rock ‘n roll classic. It’s a satisfying way to end the album.

And that’s it. I almost feel bad about skipping over some of the other songs on the disc, as they’ve become like old friends of mine during the last few months of listening, but they’re all along the lines of the songs I’ve written about above, with just enough variety to maintain interest, causing Truth is the Talisman to pass much quicker than you’d expect from a 20-song opus. It’s a solid disc, worthy of many. many listens, something that never surprises me from a Jimmy Lee Morris collection.

Jimmy has been busy since releasing Truth is the Talisman in January. In May, he released a four-song single featuring three additional tracks alongside “In the Diamond Rain”; and in August, he made available a nine-song LP entitled Homespun, which he notes on his Facebook page was recorded in 2007/08 with his late musical collaborator Andy Coote playing drums. As if that hasn’t kept him busy enough, he has branched out into some children’s book writing, as well.

There haven’t been any recent performances mentioned, but if and when Jimmy Lee Morris plays live, you can find those dates on the “Events” tab of his Facebook page.