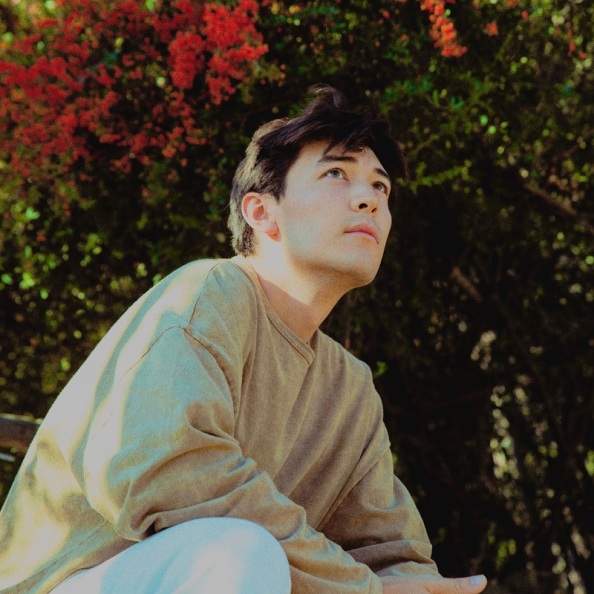 Public Library Commute is the professional nom de plume of singer/songwriter/producer Conrad Hsiang. His sound on 1000 Summers is that of warm, open, smooth indie pop. Light and airy like a California summer afternoon with the top down, the music is a little jazzy, a little dream poppy, and at times borrows from the pop radio end of hip-hop, particularly in its muted rhythmic vibe.

“25 MPH” opens the collection exactly with that slow driving, groovy vibe, with the overlapping sounds providing the audio version of a grainy black and white movie atop a colorful mural, drawing your attention in multiple directions at once, yet still leaving you with an unstoppable grin. A cool summertime cruising tune.

“Summertime” continues the same laid-back, soak-up-the-summer vibe but focuses more on Public Library Commute’s vocals, ending with what seems like it might be going to be a dreamy bridge, but on an EP full of songs with short run-times, it’s more of a fadeout.

The songs keeping on getting catchier without sacrificing the EP’s consistent vibe. with the more prominent hip-hop rhythm of “City Love” providing a tempo more amenable to radio play.

“You Been On My Mind,” next, sports an almost pop boy band vibe. Something you might expect from Nick Jonas. The tempo picks up a bit more yet again, not enough to dance to it, exactly, but you’ll find yourself quite significantly bouncing and swaying.

“Moonlight” is the most obvious potential hit on the disc, taking that one more step toward pop, as 1000 Summers continues its trajectory of increasing hookiness and energy. Lyrically and stylistically, it’s the sort of tune you’d croon to your baby: “All that I say, all that I do, I’m over the moon thinking of you.” On this song, the groove isn’t the only thing that’s smooth.

And all-too-soon, you’ve reached the last track, the title track of 1000 Summers. I swear there’s almost a country-meets-the-beach quality to the sound bed, at least at the beginning of the song. Or maybe it’s just the relaxed, almost slack-key styled strumming of the guitar. The feeling presented by “1000 Summers” is one part sunset falling on the beach in the summer, one part slow drive off into the sunset in a convertible with the top down before it ends all too suddenly.

It’s a tough album to describe – and I’m sure I’ve done an insufficient job, but it’s music I just had to share with you. It’s a true original but still oh-so-familiar. You’ll find 1000 Summers a quick favorite, a great summertime EP (that I’ve taken too long to review that I missed the summer). I can’t wait to hear what Public Library Commute creates next.