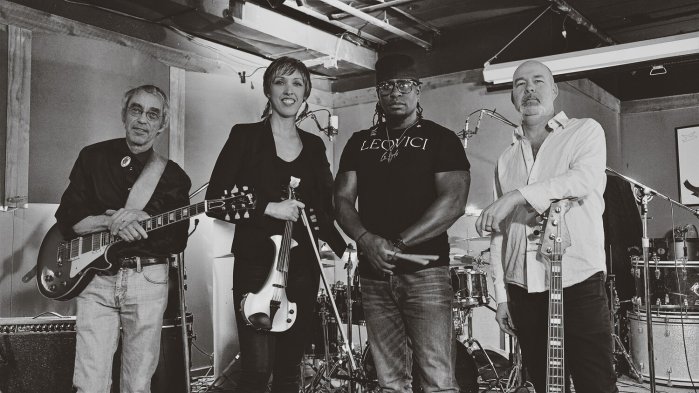 Galactic Cowboy Orchestra‘s Flirting with Chaos is an experimental progressive rock album that pushes around the edges of prog rock, producing a collection that stimulates the mind as the music takes you in unexpected directions.

The opening song, the title track, kicks off with a dissonant wall of noise that quickly descends – ascends? – into a blend of riffs and a repetitive almost-hook amid what’s still primarily cacophony to those of us without a significant progressive bent. Having reviewed a broad variety of music over the decades, though, I totally get what they’re doing, and I know it means there’s some pretty cool music on its way – and, indeed, that’s the case here. Meanwhile, I also realize edge-pushing, knowledgeable musicians will absolutely dig it, enjoying its residence pretty far on the experimental outskirts of the rock ‘n roll spectrum. Beyond the hints at what’s to come, if you take only one other thing from the disc-opening track, it’s that near-hook musical progression that appears continually throughout the album. It’s the glue that holds this collection together, no matter what directions the individual tracks take. 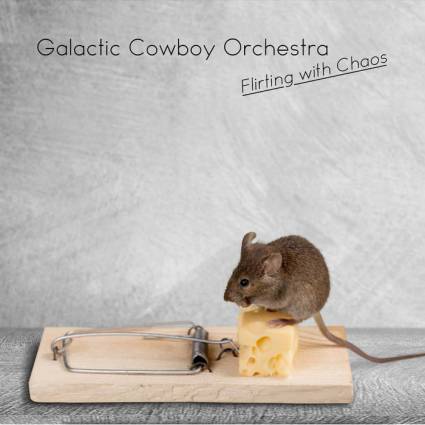 Next, indeed, as expected, “All for the Taking” settles into a stride more appealing to a broader listenership. That near-hook from “Flirting with Chaos” actually reappears here as if it were foreshadowed, but it’s mixed into an almost prog-Blondie vibe, with some shredding guitar during the bridges, and the line “It’s all for the asking, for the knowing, for the taking” playing a prominent role.

The fiddling on “Triple S” add an Irish folk song vibe to the heavily percussive soundbed, whose steadfast progress gives way to flights of fancy during a two minute long early-to-mid-song bridge, giving way to a more frantic musical section, only really returning to the heavy nature occasionally, as other musical structures weave in and out. I’m not really sure exactly what the three Ss are in “Triple S” – low S, high S, and middle S? – but there are three distinct elements in the track.

You’ll continue to recognize the cohesive style throughout the rest of the album, with subtle differences. “Jazz Crimes” bips and bops (that’s jazz terminology, right?) sparsely throughout, except for its occasional exploration of richer, fuller tones. “Woodshread” leans heavily into the violin’s most violent high end but mellowing into a more classic rock-influenced bass and guitar rhythm.

Vocals return on the second-to-last track, “No Stranger to the Fall,” which adds Bowie-like musical and vocal elements to the vocals portions, with crunchy guitar distortion and bumble bee-like dream sequences rounding out the mix before is circularly spins to its conclusion.

And “Flirting with Oblivion” closes things with a sound that’s akin to classic guitar rock noodling atop a chirping wall of sound that seems like it could be from an orchestra or recorders, though I’m sure it’s not.

In all, Flirting with Chaos is an interesting mix of influences melded into a cohesive whole throughout the album by some exceptional musicians. So, if you dig some musical, almost jazzy experimentation in your prog rock, these cats produce some really interesting soundscapes on Flirting with Chaos that’ll definitely be to your liking. And regardless of your musical tastes, as long as you like rock ‘n roll in some form, while you’ll need to be in a “proggy mood” to fully appreciate the album, I get the feeling a Galactic Cowboy Orchestra concert will be an awesome, enjoyably exhausting musical feast for the senses.

Though there’s nothing currently listed, but you’ll find upcoming gigs on the “Shows” page of the Galactic Cowboy Orchestra’s website or on the “Events” tab of the band’s Facebook page.