Arts at the Armory, Somerville, MA 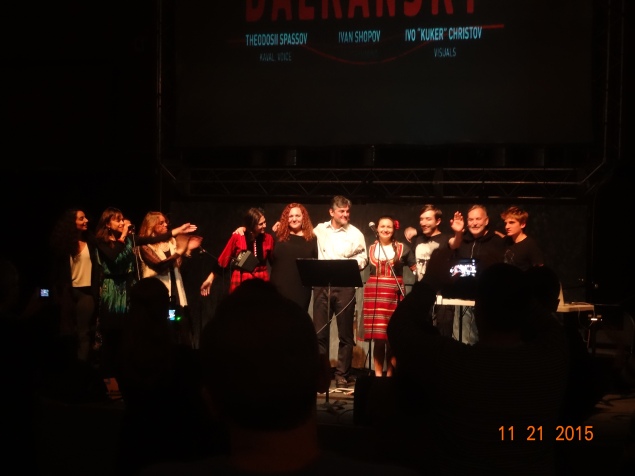 The Bulgarian American Cultural Center Madara, as part of its 15th anniversary celebration, featured this concert including headliner Balkansky, featuring Theodosii Spassov, Ivan Shopov (DJ Cooh), and Ivo “Kuker” Christov.  I had never been to Arts at the Armory in Somerville before, and while the building is an interesting one on the outside — it is, obviously, a repurposed armory — the performance room itself is a large, admirably unique space. But, of course, this night was about the music, which opened with performers from around the Balkans… 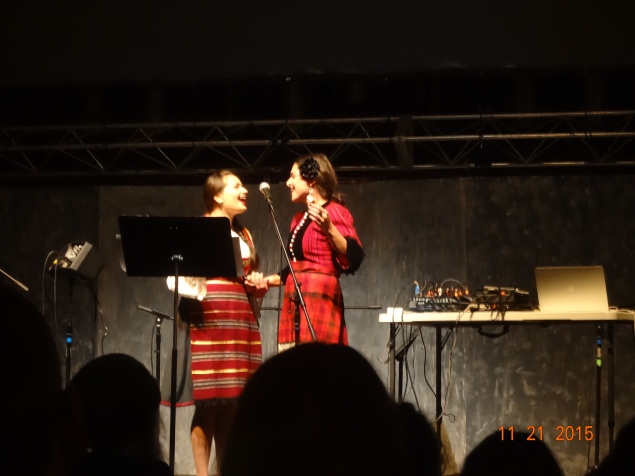 The evening opened with a traditional folk song performed by Elitsa Stoyneva and Christiane Karam. This talented pair of vocalists were a terrific choice to kick off the night’s performances. 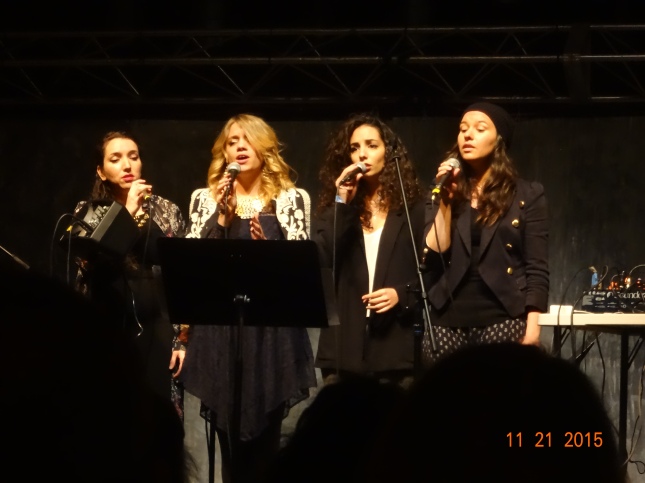 The second act of the evening was a two-song performance by the Jasna Duran Band. In addition to Jasna Duran (vocals), the band consists of Andrea Charls (vocals), Gretchen Schadebrodt (guitar and vocals), Negah Santos (percussion and vocals), and Tania Mesa (violin and vocals). The group opened with a traditional vocal performance; then the band broke out its instruments to perform one of Duran’s very well-written and performed original songs. It was a nice introduction to Jasna and her group’s musical abilities.

The headlining act, Balkansky, is a multi-media performance group consisting of legendary Bulgarian instrumentalist-singer Theodosii Spassov, DJ Ivan Shopov (DJ Cooh), and Ivo “Kuker” Christov providing visuals. Though he performed with three instruments during the evening, Spassov’s specialty — that for which he is widely known around Bulgaria — is the kaval, a traditional instrument in the flute family; for most of the evening, he performed on the kaval. 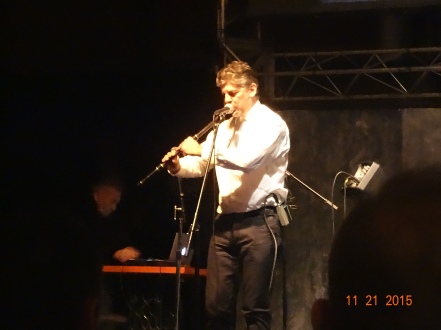 Musically, the result of the blend of kaval, vocals, and DJing is a unique mix that sounded to me like an extremely intriguing mix of experimental ambient jazz coupled with techno influences (through Shopov’s DJing). As my wife and the other Bulgarians around me pointed out, though, many of the melodies were deeply rooted in traditional Bulgarian folk songs, and the crowd easily recognized it. During one song, in fact, perhaps a third of the audience joined in a traditional dance around the room. Regardless of your familiarity with the origins of the sounds (or instruments) involved, this was an interesting, enjoyable performance fusing traditional and modern musical methods into a unique evening, enhanced by carefully-selected visuals. 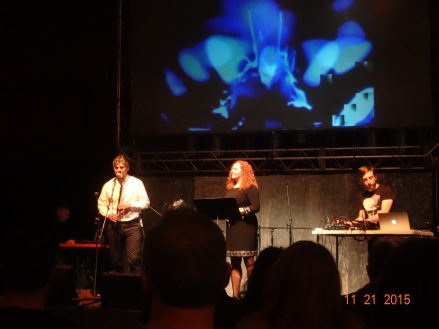 During the show, Balkansky was also joined on stage twice by local musicians.  For two songs, highly-regarded, talented Boston-based jazz singer Elena Koleva (of the Fifth Season Quartet) lent her voice to the performance. Later, guitarist Asen Vaptsarov (from Berklee) joined Balkansky on stage for a couple songs. The blend of local talent, young and experienced, with the touring tour de force Balkansky rounded out the evening of fun, artistic music, blending seemingly-disparate musical styles seamlessly. 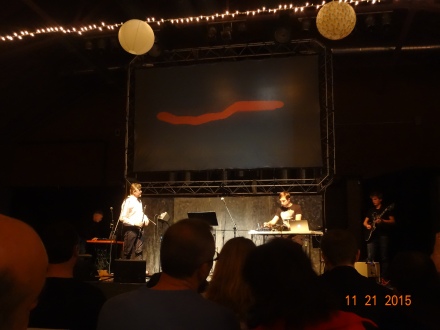 And if you’re still unsure what sort of music I’m describing, which is likely the case since it’s almost impossible to explain, check out Balkansky’s YouTube video for “Rada.”

After Balkansky played its final note, the night concluded with a Bulgarian dance party, led by Ludo Mlado‘s Peter Petrov, with traditional dance instruction to help those who needed it, though I needed to leave just getting started, so I missed the end of what was certain to be a party continuing much, much later into the night.

Balkansky’s North American tour continues for about two more weeks: Dec. 1 at the Padonia Village Clubhouse in Baltimore; Dec. 3 at the DoubleTree by Hilton Atlanta-Northlake in Atlanta; Dec. 4 at Molly Malone’s in Los Angeles; Dec. 5 at the Great Town Hall in Seattle; Dec. 6 at the Croatian Center in San Francisco; Dec. 10 at the Museum of Contemporary Art in San Diego; and Dec. 12 at the John Dutton Theatre in Calgary. (Dates and locations are listed on the group’s website.)