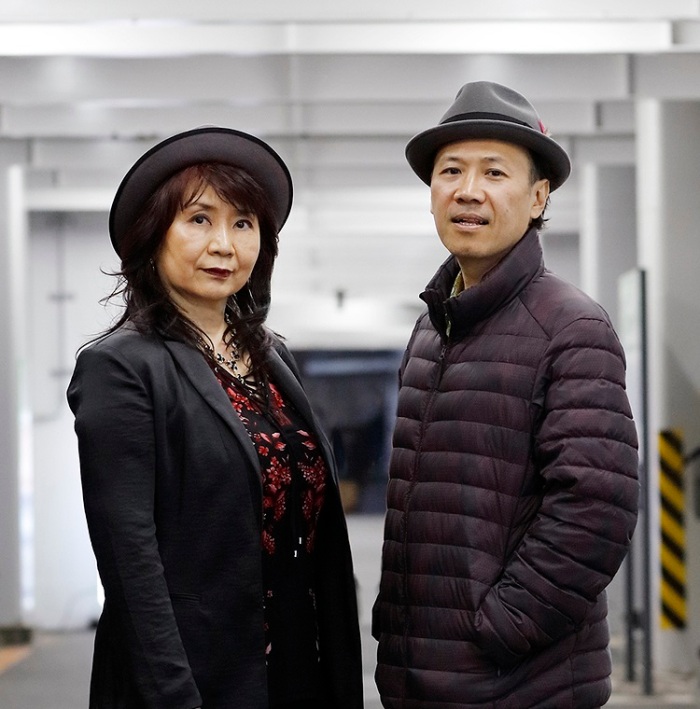 Boston-based Tokyo Tramps are known in the area for being a terrific band to catch live. I’ve been following them online for a while, hoping to find a live show to fit my schedule, but of course that was before the whole live gig thing was shut down. So I’m delighted to get a chance to review their latest EP, I’m a Tiger. This disc does a great job of replicating the energy and buzz of a Tokyo Tramps live performance.

Tokyo Tramps were founded in Boston by Japan-born Satoru Nakagawa (guitar, vocals) and Yukiko Fujii (bass, vocals, keyboards), forming what would become one of Boston’s more celebrated blues acts in the years to come. The origin of the band name is pretty cool, too, with “Tramps” coming from the Bruce Springsteen lyric “Tramps like us, baby, we were born to run.” The Tramps’ blend of musical influences produces a style that covers a lot of blues and rock ‘n roll ground, relying on Satoru’s guitar stylings to help produce their signature sound.

This EP, I’m a Tiger, opens with a lively, jazzy blues number, “I’ll Stay and Take Care of You,” which is delivered in a very familiar, comfortable blues style but with just enough dodging in and out of the rhythm to grab your attention and make obvious you’re listening to more than just your standard blues band.

Next up, “I’m a Tiger” has a slower-moving tempo with a kind of ambling-along type of hook tying it together. In the end, the song rises in intensity and insistence that “I’m a tiger! Yeah, I’m a fighter!”

A funky rhythm and guitar hook drive the hip juke joint-ready tune “Jeffrey Jive.” There’s a bit of a late ’60s/early ’70s psychedelic rock influence in there, too. I’m picturing The Mod Squad walking into a nightclub with this playing in the background. Maybe also Welcome Back, Kotter‘s sweathogs gettin’ funky to it, too, though it was likely just before their time. 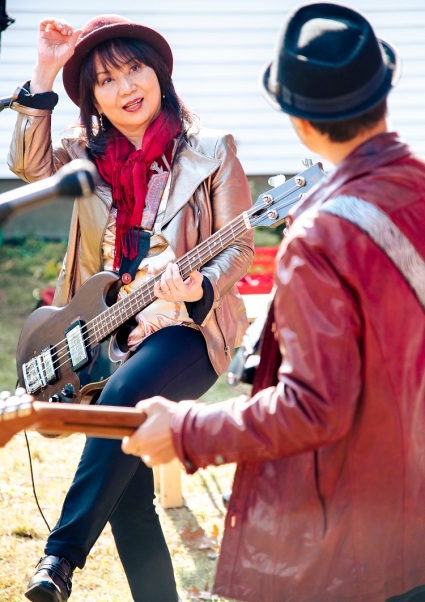 “Long Day” is a rock ‘n blues jam song, built around brief scenarios of everyday woe that relate to the phrase “it’s gonna be a long day.”

Finally, the “Lovin’ Man Instrumental” closes the EP with a soft landing, an easy listening number with a catchy, mellow blues riff with a bit of a Key West-strength laidback feeling as a dominant hook.

In its entirety, this five-song EP is a great introduction to the Tokyo Tramps, an audio calling card suggesting the coolness, energy, and good-time vibe you can expect from a live Tokyo Tramps performance.

I’ll still be looking for a chance to catch the Tokyo Tramps live once I’m clubhopping again. You’ll find their shows listed on the “Live Schedule” page of their website. And, while the EP showcases the rockin’ coolness of Tokyo Tramps as a full band, you’ll also frequently catch Satoru and Yukiko performing as a duo. As the disc is song-driven, its songs should clearly adapt well to a duo treatment.

In the meantime, the duo has uploaded 47 “Live From Home” videos to the Tokyo Tramps’ YouTube page.