Review of Simon Scardanelli’s newly re-released 1981 debut album: What In The World?

Time and its passing are no one’s friend. It’s a fleeting mistress whose seduction of your youth soon leaves you withering on the branch and you stare back behind you and wonder how the futures you planned became the memories of the past. Why, I hear you say, should I speak so coldly about this passing of the years? Well, to my mind time has moved too swiftly for the undeniable musical talents of Simon Scardanelli. Too long ignored, it seems inconceivable that 35 years have passed since What In The World?, his 1981 debut album release. It is a great injustice in the musical firmament that greater notice has not been taken of the brilliance of Simon Scardanelli. In 2016, he released the wonderful Make Us Happy, perhaps his best album to date. Now he is sticking his head above the parapet again, in his own belligerent and self-determined fashion, by re-releasing this long forgotten album. 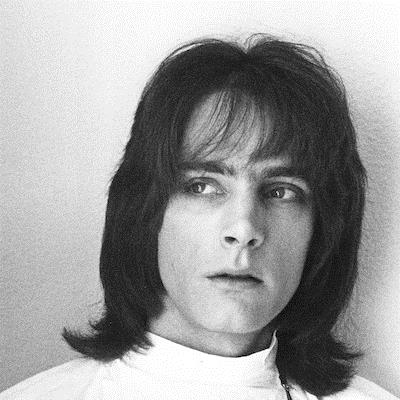 I know he had second thoughts about re-visiting this so many years later. As is Simon’s way, he never felt the original album back in 1981 was good enough but maybe hoped it could be a springboard to the next chapter. Falling out with the studio over the mixes and not co-operating with its promotion didn’t help sales, and so the album came and went. After the ice had thawed he managed to regain control of the recordings, and presented here for the first time is his take on the record with his preferred mixes and track listing which both differ from the original vinyl release. Mind you, I think you may be hard pressed to remember the original LP unless you are the die hardest of die hard fans.

For those that don’t know, after this album Simon went on to play keyboards in mid-’80s band the Boomerang Gang, and then in 1988 he formed, with his Canadian compatriot Shark, the duo Big Bam Boo who signed to Polygram and released the album Fun, Faith, & Fairplay.

Anyway, this is all 30-odd years ago, and much musical water has flown under the bridge. Simon has made many great albums, and his current style is far removed from what he was doing back in ’81, so I think it is very brave to go back and release a debut album that may confuse some listeners. Actually though, if you are a fan of Simon’s work, then you will find something tantalising in this time capsule.

Remember this was the time of Kraftwerk, Talking Heads, Bowie’s German period. A transition from ’70s prog rock to new wave synth pop. If you take this album with those thoughts in mind, you can see how it would stack up.

It opens with the track “Astral Suicide,” a slice of lunacy and pomp that immediately sets the bar. It is quickly followed by a crazily catchy song “A Pocketful of Spies,” something that could easily have been charted by someone like “The Thompson Twins.” Both these songs have all the hallmarks of embryonic Scardanelli. If you are familiar with his later releases you can hear that unique voice starting to warm up to what it will later become. You can hear the non-conformist lyrical style developing and the ear for a good tune. You can sense he is on to something and time will set it free.

The track “Day After Day” is proto synth city. I know that Paul McCartney was credited as being ahead of his time with his use of the then-new synth technology on his 1980 album McCartney II. Here on this track, Simon shows similar pioneering spirit, and some of the sounds did put me in mind of the outakes on that McCartney album.

There are many contemporaries that you can hear in the music, maybe Bowie in particular. But I know that Simon did not listen to much other music for fear of being influenced. This is why, most likely, he has never conformed to a genre or style throughout his career. The album was recorded in Germany, and a lot of free reign was given to the creative process. I think that a lot of fun was had in the studio pushing the technology and creating the layers that so identify this music with that time. Simon and studio engineer Nigel Jopson hired Kraftwork’s sequencer only to find it so complicated they didn’t use it in the end. You can picture the size of the equipment then, the wires, patch bays, knobs and generally unwieldy nature of the technology.

There is a bridge developed through this album between the last gasp of prog rock and the emergence of New Wave. As you get nearer to the end of the album you hear that prog rock influence in tracks “Those In Peril” and “You and I.” There are momentous crescendos of dynamic pomposity, sweeping you up and taking you back to those memorable musical times.

The album is an exhausting but pleasurable listen. It is relentless in its voracity with a brief moment of calm on the piano ballad “Lately,” which seems to juxtapose the rest of the album.

The final title track of the album “What In The World?” is maybe the closest you get to more familiar Scardanelli. Driving guitars and layers of synth lines make the audio connection to Big Bam Boo and then possibly even to his band venture Dr. Scardo in 2013. It is a fitting end to the album and both fascinating as a time piece and enjoyable as an album of music.

Any filmmaker or TV ad man that is looking for good genuine ’80s music that hasn’t become hackneyed by overuse should take note. This is a real gem of undiscovered ’80s music. Fresh, authentic, and at times exceedingly catchy. For fans of ’80s music it is a definite must, and for fans of Simon Scardanelli it is a revealing and rewarding listen.