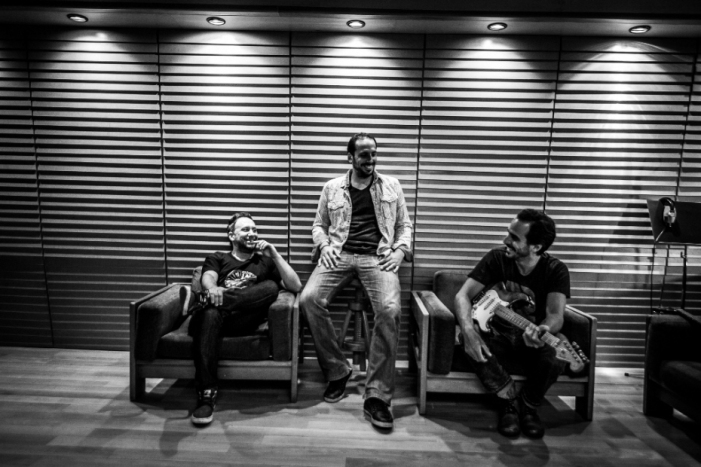 Gypsy jazz guitarist Gonzalo Bergara‘s new album, Zalo’s Blues, showcases a variety of musical influences, all centered around the blues. This isn’t a typical blues album. No, it’s Zalo’s Blues. It walks the fine line between blues-based rock and rockin’ blues. With other influences, most obviously the occasional jazz infusion. Of course, if Gonzalo’s bio hadn’t mentioned his gypsy jazz pedigree, I’d’ve dubbed him a blues-rock guitar wizard with broad-based influences.

Gonzalo is joined on this disc by Mariano D’Andrea (bass) and Maximiliano Bergara (drums), except for one track, “Woosh,” on which he’s joined by bassist Vince Bilbro and drummer Michael Partlow. 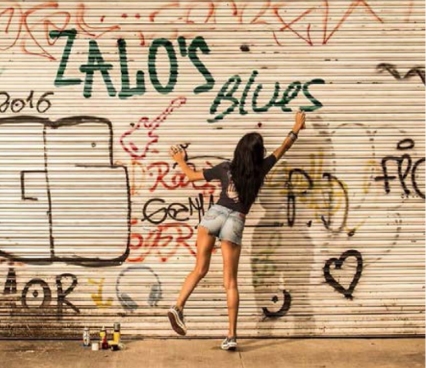 Gonzalo shows off his guitar virtuosity right from the start, kicking things off with “Drawback,” a fun, energetic, jazzy blues instrumental. One of a few instrumentals on the disc, all great fun because an adept axemaster doesn’t always need vocals to engage the listener.  Another instrumental, for example, “Ines” is a soulfully blue, close-your-eyes-and-soak-it-in piece. “Dirty Socks,” meanwhile, is a funky, rather syncopated blues dish. And “Been Runnin'” is a fast-paced guitar-pickin’ number with just a hint of a carnival fun house vibe. Variety. Even on the instrumentals, this disc has variety.

But most of the songs carry lyrics. One of my favorites is “Woosh,” in part because it could almost pass for a hard rock number.

“Singing My Song,” meanwhile, is a slow-paced blues song with a bit of a ’70s or ’80s rock edge to its guitar work, particularly in its extensive, amazing solos, as if it might be the closest-to-true-blues song on a blues-based hard rocker’s disc. And the axework? It’d make Jimi Hendrix proud. I love when artists mix in different influences.

“Gonna Go,” for example, embarks on a fast-pickin’, almost rockabilly-infused breakneck pace, leaving the listener engaged and exhausted by the song’s end. “Drinking” employs a Chuck Berry-esque guitar riff to provide an old-school blues based rock ‘n roll number. And the one cover song on this disc, Jimmy Reed’s “You Don’t Have to Go,” sounds exactly like George Thorogood jamming with the London Quireboys in a seedy blues joint.

This collection is an enjoyable, ebbing-and-flowing rock-influenced journey, though it doesn’t entirely sit on the rock-blues border, as it explores various corners of the blues, showcasing how it can transform other genres’ influences into a complete, cohesive blues-based package. As such, the album settles down at the end, with “Won’t Stay With You” serving as a slow, bluesy vaudeville tap-dance off stage.

I’d think guitarists are going to love Zalo’s Blues, while blues fans, blues-rock fans, and anyone who enjoys talented musicianship will get a kick out of it, as well. To top it off, with such varied offerings, there will be plenty of disagreement over which songs are the best.