A while back, I reviewed Trysette’s last CD, Feel So Pretty. This Aussie dynamo’s sweet, high, often breathy vocal style makes her songs quick and easy to identify. Indeed, some combination of vocal and stylistic uniqueness is a key to standing out from the crowd, and Trysette is a standout artist. 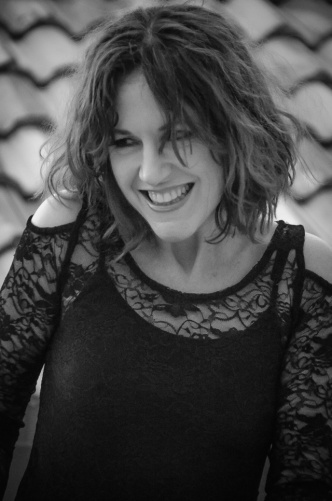 While Feel So Pretty was an original composition, Shadowgirl is an album of cover songs. Early in 2016, Trysette created an account on Patreon through which her fans could pledge at least a dollar per song and be rewarded with a new cover-song every month. Patreon is a terrific website through which fans and friends can support their favorite artists in exchange for exclusive works of art – or, at least, access to them before anyone else. In this case, Trysette produced 10 songs during 2016, which her supporters (or “patrons”) received as they were produced. And, at the end of the year, Trysette packaged those songs into the album Shadowgirl.

The album title for Shadowgirl stems from some long-shadow photo fun Trysette had on Facebook, which sparked her friends and fans to follow suit and found a home on this page of Trysette’s website. But that’s enough introduction; let’s move on to the music, shall we? 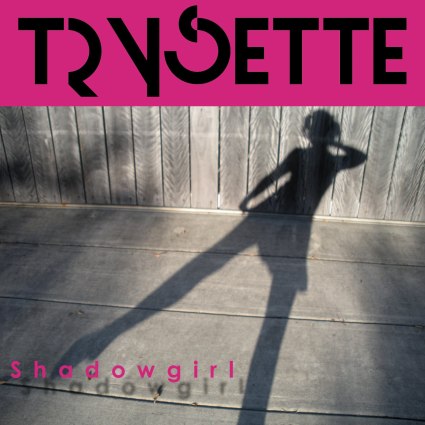 As I mentioned above, Trysette’s vocals are unique. Her voice is high and sweet and a little raw but with a smooth power. And, stylistically, she mostly utilizes a smoky, breathy delivery.

Oh, am I making it sound like she doesn’t have a powerful voice? Most certainly not the case. And she proves it from the start, with a warm, rich rendition of “Natural Woman.” Yes, the song that no one can resist singing along to. And I’m sure I’m not alone in failing to realize I’m singing until halfway through the chorus… every time. But this is about Trysette, not me. And I certainly don’t find all the intricate textures in the melody that she does. For such a familiar song, this truly is a Trysette original performance. No surprise; her covers quickly sound like they’re her very own songs. And that’s what makes this record full of cover songs a worthwhile addition to your album collection.

I’ll run through my personal favorites in the collection, though Trysette does such a fine job with them that each will be someone’s favorite.

“I’d Rather Go Blind” has a jazzy flair, with Trysette’s lyrical wails adding well-placed punctuation. Her exotic enunciation during “Beautiful” adds a personal twist to the number. And she really connects with the lyrics during “Landslide,” with some warm piano sounds supporting Trysette’s heartfelt gravelly crooning.

Cold Chisel cover “Flame Trees”, the way she performs it, has the elusive, light melody I’d expect from a Trysette original. It’s as if sunlight dances through the verses, saving what would otherwise be a melancholy musing. Though not adjacent on the album, the other song that most encompasses this same very Trysette-ish thoughtfully meandering nature is “Fix You.” Indeed, here the vocals plead a bit more forcefully, and the piano-work is more powerful, helping the song build and retreat, ebb and flow. In the end, though, it’s a terrific song, one I think improves upon Coldplay’s original.

“I Try” is one of those slow-build soft-pop numbers, where Trysette’s vocal grows larger and more forceful as the song builds to power, supported by some backing vocals, too. “To Find You,” meanwhile, is delivered with stripped-down piano support and sung with an uneven pace in which Trysette moves forward and back around the melody, hoarsely, breathily delivering thoughtful wisdom, sounding very much like one of my favorite Trysette originals, “City Boy.”

To close the album, Trysette does a fine job, naturally, with the requisite December Christmas cover, “Santa Baby,” which is stylistically quite well-suited to her voice. 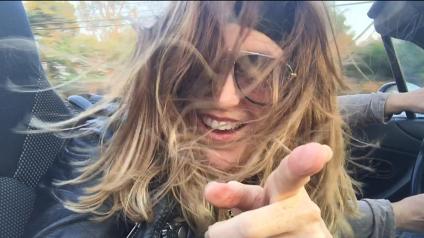 But I’d like to close this review with “I Took a Pill in Ibiza,” my absolute favorite in this collection. Trysette’s voice softly struts, while a toe-tapping tempo drives the rhythm. Her version is sonically closer to the “Seeb Remix” of Mike Posner’s tune than the more deliberate original version of the song, but it’s bit slower than the remix and Trysette’s lightly playful vocal is at the steering wheel. She delivers this song in such a way I can’t imagine it being performed by anyone else.

Indeed, the key to creating a good cover album is selecting well-suited songs, and Trysette has done that. The covers that border on great are those that are stylistically adjusted a little to really suit the performer in such a way that the songs no longer feel like covers but, rather, strong originals, and Trysette has some of those in this collection. She’s a classic, original, talented singer (and pianist). I really enjoy Shadowgirl, and I hope it will tide me over until her next release.