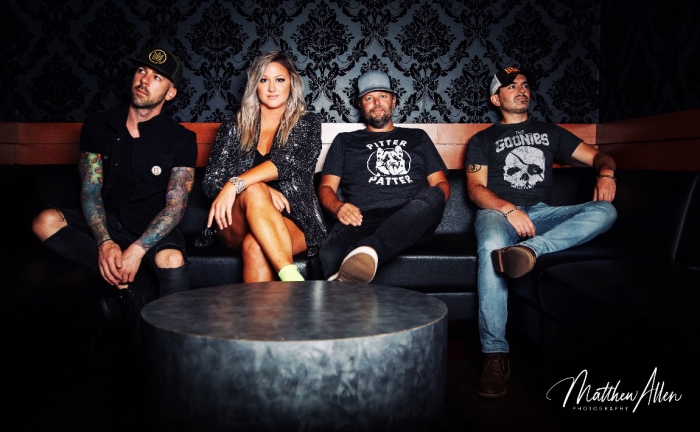 Annie Brobst is a master storyteller and singer-songwriter based in the Boston area. Originally from Columbus, Ohio, she made the move to the North Shore in Massachusetts and has become a musical fixture on the traditional and modern country circuit. Brobst has performed at numerous festivals, community events and media-related functions throughout New England. And the list of contemporary country artists she has opened for is stunning, including everyone from Big & Rich, Frankie Ballard and Gretchen Wilson to Don McLean, Wynona Judd, Uncle Kracker, Darius Rucker, etc. 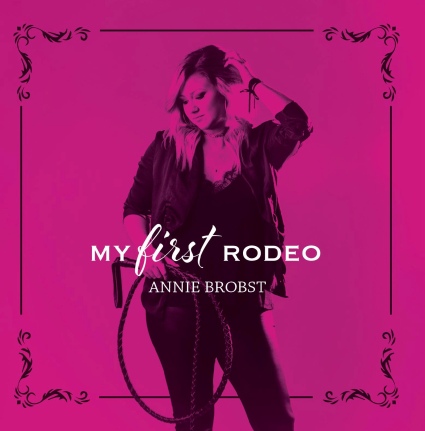 Annie Brobst’s first full-length release is called My First Rodeo. And it’s the follow up to 2016’s EP Ghost. On it she mines personal influences such as Miranda Lambert, Ashley McBryde and Jason Isbell, with tales of human interaction; love and loss, with a focus on herself and the observation of others. Brobst partnered with top co-writers on this album, including Rodger Hagopian, Ryan Dupont, Brian Alex and Drew Smith.

My First Rodeo features a dozen original tunes that cover a wide swath of melodic invention, passion and emotional investment. Even though Brobst draws from a variety of sources she really dives into the material and owns it.

It’s an album that is experiential, with an arc that begins with “Before I Leave,” which is upbeat and melodically earnest, with a message of connection and staying in touch with the ones you love. “Still Water” has a traditional country lilt powered by a steady snare beat and the combo of banjo and fiddle.

“Love You More” changes things a bit, with a subtle funky pop undertone. Atop a great groove Brobst sings “Maybe I love you more than I could ever love myself.”

That’s followed by the 2018 New England Music Awards Song of the Year, “Change of Heart.” It’s an insightful tune about how love can erode over time, with tight harmonies and framed by some beautiful acoustic guitar.

In her bio Brobst, refers to “bro-country” as part of what she does. I guess “We Were Breakin’” would fall into that category. It’s got that playful Gretchen Wilson/Tanya Tucker kind of romp to it, with the hook “Breakin’ it down while we were breakin’ up.” Definitely a crowdpleaser to be sure!

Other highlights include “You Either Love Me,” with its old-time honkytonk vibe and hot groove. Tasty pedal steel, piano, fiddle, and lead guitars really make this a knockout. “The Teacher” also is a showstopper, with a fine melody and great hooks. Brobst really draws you in with the illustrative lyrics: “Some things teach you how to fall in love, some things teach you how to hold a grudge, from all the bridges I’ve burned, I still know I’ve got a whole world to learn. Thank God life’s one hell of a teacher.”

Annie Brobst’s newest releases, since My First Rodeo, include the singles “Little Girl Dreams,” which came out earlier this year, and “Red Wine on My Mind.”

Annie is a memorable live performer, and while shows are infrequent these days, for obvious reasons, hers have been much less infrequent. Annie has been staging “house tours,” performing from a trailer/stage around the region. Check out the “Tour” page of Annie’s website for upcoming live performances, both now and as more are added. She has upcoming performances on Thursday, August 20th in Danvers, MA; Friday, August 21st in Hampton, NH (with a livestream available); Friday, August 28th in Danvers, MA (also featuring a livestream); and Saturday, September 19th in Manchester-by-the-Sea, MA.