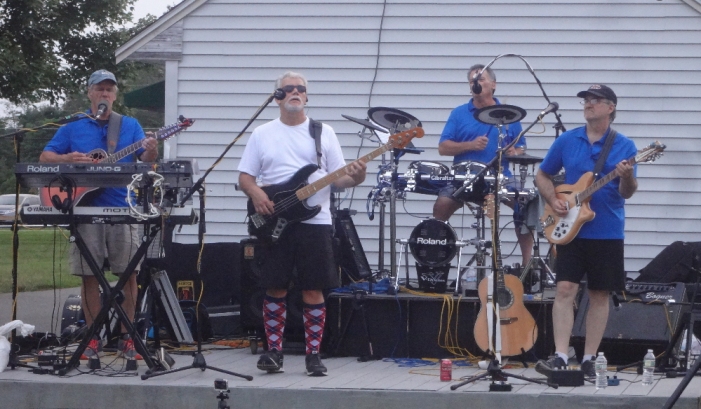 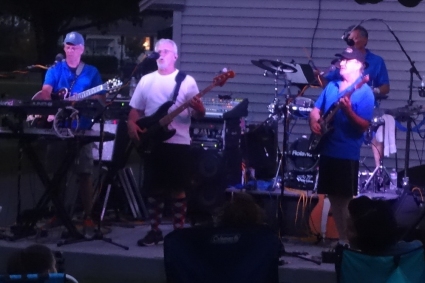 If you saw my review of The Mychael David Project’s show last summer, you know I’m a big fan of the Northborough Summer Concert Series. It’s a nice park, and the series reliably books talented bands. Tonight was the first time I was able to Northborough for a show this summer, and it was the last show of this summer’s series. I arrived a half hour late, but the show started a half hour late due to some technical problems, so I actually caught what may have been the first song of the evening, “She Loves You.”

It’s easy to critique a bad Beatles tribute band. And a hard critique in such an instance is well-deserved. But it’s hard to know what to write about a good Beatles tribute band. There’s no point in describing the songs; you know them by heart. All I really have to do is mention song titles – don’t worry, I will – and you can hear them in your head. So, was this a good night or a bad night? Well, 4EverFab is widely-booked and popular in a major metro area with plenty of entertainment competition, so you can do the math. 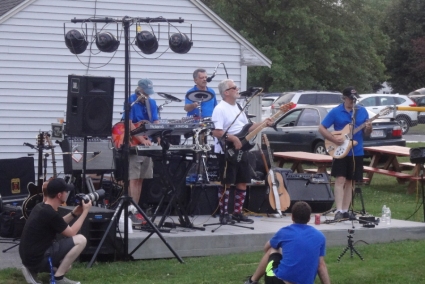 4EverFab covered all of the Beatles’ music styles, from the early stuff to the late stuff, with aplomb. They did a great job with the crunchy rock guitars (like “Back in the USSR”), the edgy psychedelic stuff (“I Am the Walrus”), the harmonies (“Paperback Writer”), the mellower stuff (“In My Life”) and everything in-between. 4EverFab is a talented, tight outfit that could perform a broad range of music beyond the Beatles, too, you’d have to imagine, based on how well they cover the Beatles’ catalog. 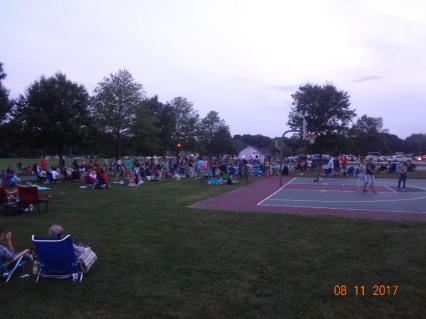 An evening of Beatles hits performed by a top-notch Beatles tribute band like 4EverFab was a great way to end the summer’s outdoor concert series in Northborough, always an ominous sign that the summer is coming to an end.

You can catch 4EverFab at several more summer concert series around Massachusetts (and one in NH) this month, starting in Taunton tomorrow night, Friday, August 11; Burlington on August 15; Mansfield on August 16; Lynn-Nahant Beach on August 17; Plainville on August 20; Randolph on August 22; Southbridge on August 27; Danvers on August 28; and Plaistow, NH on August 30. They’ll also be performing at the Topsfield Fair on Saturday, September 30. Keep up with 4EverFab’s live performance schedule here on their website.