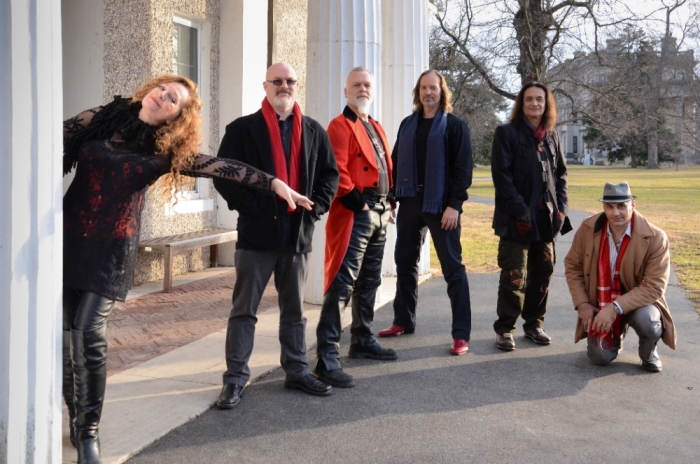 Circuline is a NYC-based progressive rock band that blends theatrical vocals with a very vivid and cinematic fusion-esque approach. The personnel includes keyboardist Andrew Colyer, drummer/keyboardist Darin Brannon, lead vocalist Natalie Brown, lead vocalist/guitarist William “Billy” Spillane, bassist Paul Ranieri, and guitarist Beledo. What’s nice is that they augment the ten tracks here with a series of special guest guitarists from some of the finest progressive sources on the planet. And, to the band’s credit, those guest artists add something extra and unique to each track.

“New Day” opens the disc, with a sound collage of musical snippets and taped speaking voices. Atop that is a cacophony of multi-layered guitars courtesy of Beledo and Randy McStine of the band Lo-Fi Resistance.

Guest guitarist Doug Ott, of the band Enchant, and Fright Pig’s Alek Darson trade off solos and ornamental riffs on the personally reflective track “Who I Am.” This cut kind of sets the pace for the inventive and eclectic pace of this disc.

“Hollow” is a standout track that not only features great vocal harmonies from Brown and company but puts a spotlight on Colyer’s Keith Jarrett-like melodic fluidity. The lyrics are quite insightful, as well, and could be applied to what’s going on in society at the moment: “Rest your head… no one said it would be easy to change the ways of the land… casting your lines from sinking sand. I don’t want to follow you. I don’t want your hollow view.”

“Stay (Peter Frankenstan)” is another highlight that features guest guitarist Stanley Whitaker of Oblivion Sun and Happy the Man fame. This track has a very Pat Metheny/Jeff Beck kind of quality to it atop jungle-induced rhythms. In it, the futility and fragility of life is discussed, with dynamic vocals from Brown that reach the stratospheric range.

Counterpoint is an album that works well on a number of fronts: as a collection of individual songs, as a compendium of some of the best and brightest in progressive music today, and as a soundtrack to your adventurous musical and spiritual soul.