Debbie Hennessey is an award-winning singer-songwriter, with many television and film credits. She has also released three full-length albums and seven singles. Her latest single is called “True Me.” It’s a heartfelt ballad that seems to draw from personal experience. Trying to put thoughts and feelings into words is, perhaps, quite challenging for most, but Hennessey does it in a plaintive yet uplifting manner. She sings with seemingly effortless phrasing that hits you where you live. The singer-songwriter’s vocals are full, rich, and dynamic, supported by Jonathan Haynes’ ethereal and somewhat bluesy guitar. “True Me” is a stellar tune in the vein of Bonnie Raitt or Sheryl Crow but remains totally unique in style and substance.

Debbie has a performance scheduled for February 20th Petie’s Place in Tarzana, CA. Check the calendar page of her website periodically for additional dates as they’re added. 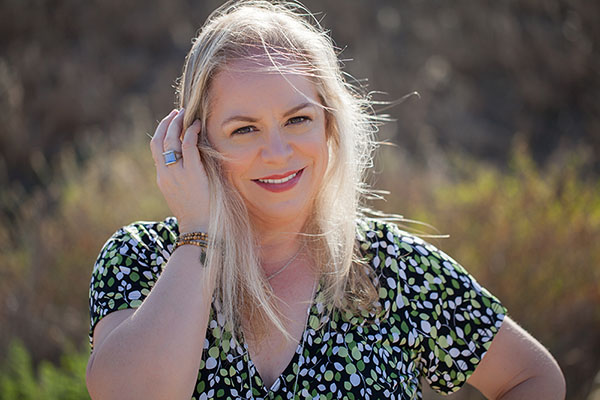 Debbie Hennessey‘s music is folk-styled songwriting with an overarching country/Americana musical style, but her voice is that of a gravelly rock vocalist, and she augments that effectively with occasional mid-tempo rock electric guitar parts. It’s a combination that allows her to stand out from otherwise-similar artists.

In fact, the album begins with a rock beat and a guitar riff that dances through the rhythm, kicking off with soft rock-flavored “Every Song is You.” Like so many of Debbie’s songs, this one is simultaneously energetic and laid-back.

It’s followed by what may be the catchiest song on the disc, “Whiskey Charm,” with Southwestern guitar flair and a stop-and-start rhythmic beat complementing Hennessey’s persistent vocals.

Another song that jumps out is “You Can’t Unpull a Trigger,” featuring its harmonica and thoughtfully-constructed lyrics, forcefully delivered with attitude by Hennessey.

Debbie slows things down nicely, too, with a mellow, western-tinged guitar line supporting the heartfelt vocals in “Let Me Go.” A purer country ballad is “Sugar and Rain,” where subtly dancing guitar lines combine a vocal touch that holds onto some lyrics just that extra split-second for emotion to produce a powerful, impactful country crooner.

The disc closes with “Woman,” a duet ballad in which Debbie’s voice is nicely offset by Lexie Hofer’s crisper, higher tone. A great way to end a solid disc.

In its entirely, No Longer Broken lands on the soft to mid-tempo rock end of the country music spectrum. Her songs would blend well on a playlist with the Eagles, Stevie Nicks, Karen Nash, and Foreigner. Such a strong album, of course, was to be expected from a singer like Debbie Hennessey, whose web page lists accolades spanning more than a decade.

There are no upcoming dates listed on Debbie’s concert calendar, but keep an eye out for future gigs from this talented L.A.-based singer.