One of the local house concert venues I like to attend whenever possible, The Backyard is a great venue for live music, especially on a nice late spring evening like Saturday night. 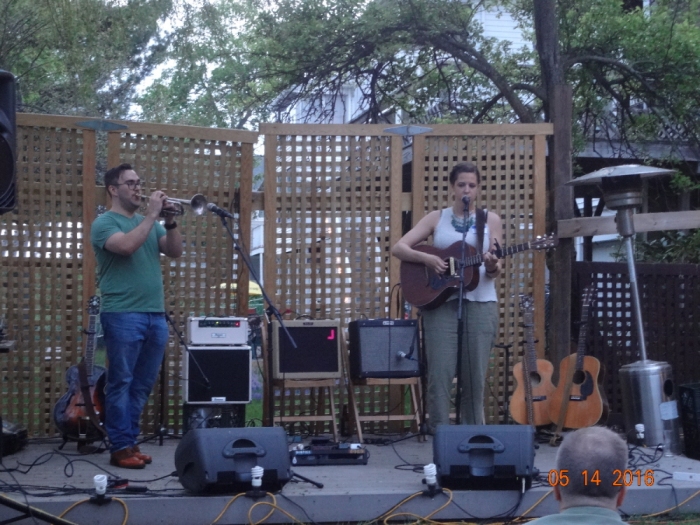 After the usual potluck, mingling, and settling into place, the musical portion of the evening began with two songs each from Sean Peters and Erica Leigh. Sean exhibited his soaring vocals on both tunes and did a heck of a job on a sad song. He also joined Erica on the first of her two songs on which her delivery was a sweet, storytelling style with sweet, folky vocals. On her second song, she kicked it up a notch, showing she has more vocal punch when it’s called for. A late addition to the evening’s program, Sean and Erica were fitting, enjoyable, talented openers for the night’s main event. 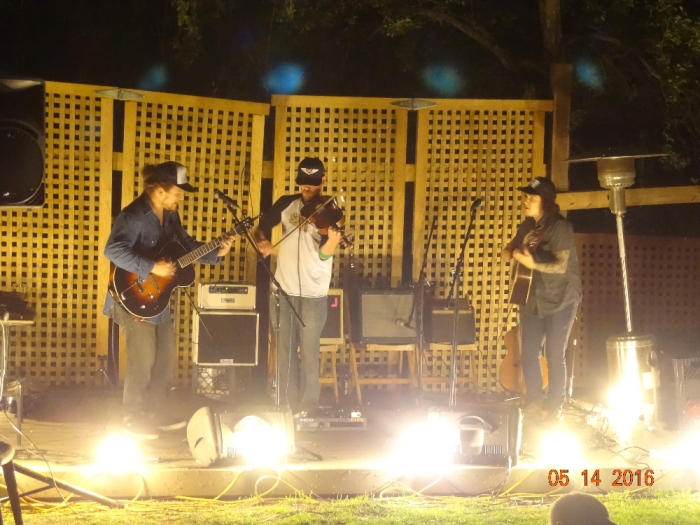 Hailing from Vermont and on the verge of releasing a new album, The DuPont Brothers delivered a fun, energetic, long set of folk/Americana, delivering it in an exceptionally crowd-pleasing style. The brothers, Zack and Sam, emerged to perform a couple numbers as a duo before being joined onstage by violist Laurence Scudder. 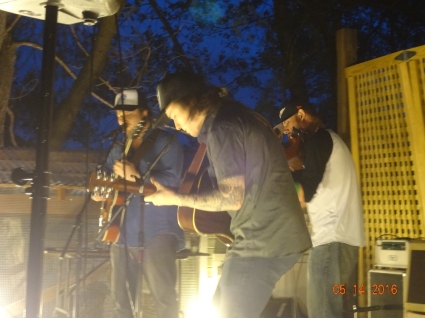 Set-opener “Stay Put” kicked things off with a bang, showcasing The DuPont Brothers’ picking, slide guitar, and harmonies. Then, on “Empty Cases,” the brothers mixed a little Western flavor with their folk.

Other songs worth noting were “Seven Days,” which was punctuated with vocal wails and some well-placed viola-work and “Attention Spans,” a great strumming song with a strong fiddle line and forceful-yet-folky vocals.

The DuPont Brothers showed additional range within the folk/Americana umbrella, with one song featuring a kind of ’70s folk feel with a hint of Simon & Garfunkel; a couple others showcasing a somewhat haunted vocal edge. And, of course, late in their set the guys unleashed a very folky, fun cover of Nirvana’s “All Apologies.” Yes, really.

Throughout, the evening had a fun vibe, with the good-natured humor of the headliners helping things along. With the usual relaxed, friendly vibe of The Backyard and the always-talented performers who are booked there, it’s hard to go wrong; this particular evening, indeed, went exceedingly right. 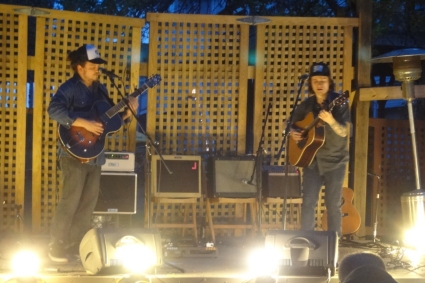 The DuPont Brothers will be performing exhaustively through the end of July. The “tour dates” page of the band’s website lists a May 20th date in Montpelier, Vermont; then a June 2nd show in Nashua, NH, kicks off a busy month of June that will also take the brothers to Maine, Massachusetts, New York, Connecticut, Delaware, Virginia, North Carolina, and Tennessee; the July dates, so far, are limited to New England. Be sure to check out the website for live dates near you as the guys hit the road.