“Dance With Me,” “Still the One,” and “Love Takes Time” were chart-topping tunes for the harmony-driven band Orleans. During the ‘70s and early ‘80s, key vocalist, songwriter and guitarist John Hall was one of the prime movers and shakers in that band. He has also had success as a songwriter for a bevy of artists, including Janis Joplin, Bonnie Raitt, Ricky Skaggs, Steve Wariner, and James Taylor. In addition, Hall has played guitar on tours and records for Little Feat, Taj Mahal, Jackson Browne, and Seals and Crofts. A lot of his music has a very personal and socio-political slant to it. And being a man of his convictions, Hall co-founded Musicians United for Safe Energy (MUSE), with his environmental activism leading him to serve two elected terms of office as a (D-NY) congressman.

The man has lived a colorful life, for sure, and, after serving a number of years in elected office, he’s back full time making music, with his sixth solo album called Reclaiming My Time. The album title cleverly references a phrase used in Congress when someone in session is interrupted and wants to return to the floor. But it also slyly could refer to the time Hall has spent away from active duty as a singer-songwriter. Well, he’s back, and we could sure use a guy like John Hall right now! He speaks his mind most eloquently on a number of topics. And his ability to combine sublime lyrics with beautiful melodies and killer guitar work is a rare treat, indeed!

“I Think of You” is the opening song on the album and sets a scene, with plenty of romance, sun, surf and pleasant atmosphere. It is one of those pining and heartfelt love songs that transports you to a better place.

“Alone Too Long” is a tune that easily could have been written about life in quarantine and isolation.  Here are some sample lines: “My friend you miss the touch of a warm hand. A voice from across the room saying I understand. How it feels to be hurtin’, the future’s so uncertain. Don’t you stay alone too long, I could be that person.” Come to find Hall wrote the song before the pandemic about a friend who lost his wife and was wondering when it was time to start again. The groovy R&B-type song seems almost prophetic, in a way. 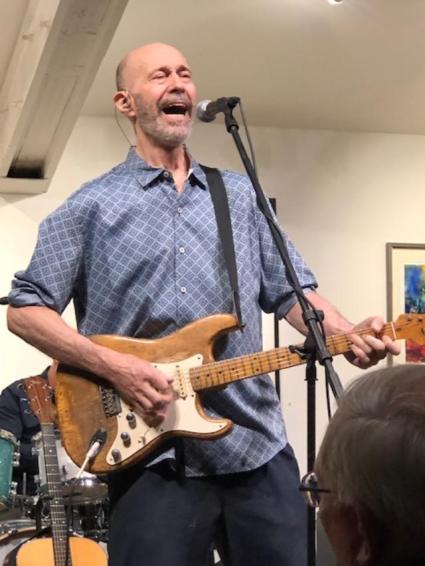 That’s followed by another romantic and ethereal type tune called “Mystic Blue.” Great hooks and a tasty country/blues vibe combined, with a Van Morrison meets Jimmy Buffet aesthetic abounds. Hall’s blues roots come shining through on the streetwise ballad “Lessons.” The master storyteller lays some knowledge on you, with the message: “I learned to have patience, I wound up in a traffic jam. I learned to handle money, it slipped right through my hands. Wanted to travel the whole world over, that’s when I lost my home. And then the chorus brings it all in focus: “If you ain’t hurtin’ you ain’t learning….I’ll be a genius before long.” The moral of the story is a classic one: “Watch what you wish for because you might just get it!”

“Islamorada” recalls a fantasy kind of getaway. It’s a holiday augmented by lots of percussion and multi-layered guitars and rhythms. It’s a nice break in the action, so to speak. “Somebody” almost has a retro early ‘60s feel. It’s got a driving and relentless beat that supports the sentiment: “Treasured friends can lift me up, but sometimes that’s not enough. I need somebody… I need somebody to love.” Hall nails the human condition in its purest form.

“Another Sunset” is a fine collaboration and co-write with Steve Wariner. Wariner plays nylon string classical guitar and gives the song a wealth of romantic ambience and elegance. Really nice!

“Now More Than Ever” reunites Hall with former writing and life partner Johanna Hall. Johanna was on board in the early days of Orleans for some of their biggest hits. A nice mix of electric and acoustic guitars, along with lush harmonies and signature choral hooks make this a highlight.

On “Save the Monarch” Hall is joined by Dar Williams on vocals. This tale of environmental and ecological awareness is wise and poignant in its account of man’s mistreatment of plants and animals. Hall and Williams sing: “In you who we trust, eternal and just, save them from us!” It is spiritually stirring and thought provoking. “All Up and Down From Here” has a topical message as well, but delivered in a light-hearted manner. It depicts a day in the life of a guy just trying to find some happiness and catching a break in life. In it, Hall sings: “I’m on cloud nine hangin’ with my baby mama. She said ‘this is it,’ you’re my futurama! But I came home from work the other day, a strange car’s parked in my driveway, I feel like a clown, but it’s all up and down from here.” The bridge wraps it with a nice bow: “It’s a roller coaster ride, not a straight line. I’m in darkness, but I know soon the sun will shine.” Life can be a balancing act sometimes and Hall conveys that message in the most entertaining terms possible. 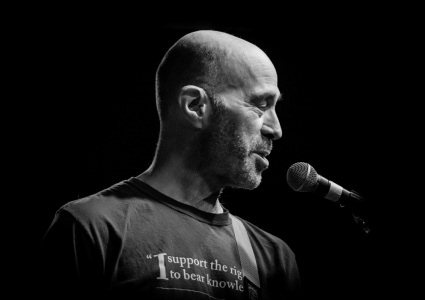 “World on Fire” has a great hook in the spirit of Bob Marley or Toots and the Maytals. It’s basically a reggae/world beat-tinged song centered on global unrest and renewal.

“Future Ex-Wife” is another tonal shift back to more country-flavored territory. It’s essentially a song, with a farcical premise, that is as much introspective and revelatory as it is humorous. In it, the focus is on a guy that keeps repeating the same love connection missteps. Hall’s guitar acumen here is filled with plenty of Nashville charm and spirit.

The album concludes on a reflective note, with the returning military veteran saga “Welcome Home.” The sobering sentiment here says it all: “There were no parades of victory, no marching bands. He’s alive but still not whole. Invisible scars – wounds that would not heal. Stripes and stars – none of it seems real. Can he start to pick up his life and move on? But he’s waited all these years to hear ‘welcome home!’” Well said and highly recommended!

In the next couple of weeks, you can catch John on Friday, June 18th at the Beacon Theater in Hopewell, VA; on Friday, June 25rd at the McGrath Amphitheater in Cedar Rapids, IA with Pure Prairie League, and on Sunday, June 27th at the Southern Atlantic Hemp and Arts EXPO in Fletcher, NC with Firefall and Atlanta Rhythm Section. He already has more than dozen more dates scattered across the United States during the second half of the year, too, so check out the “Tour” page of John’s website to see when he’ll be performing near you.