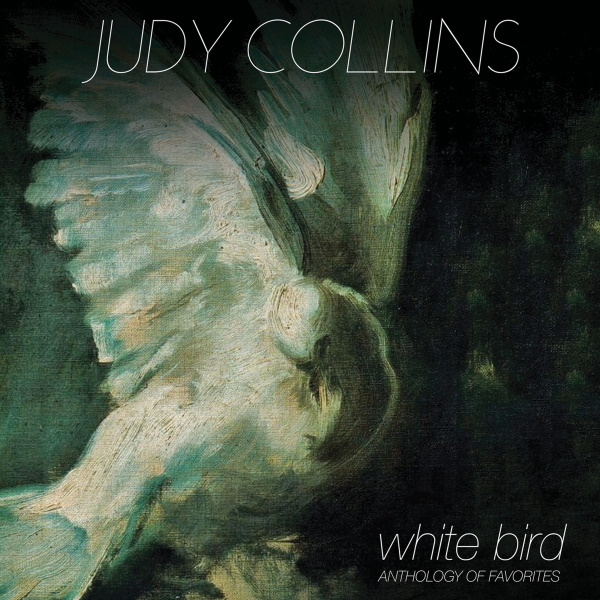 OK, you might not know all of these songs, but you know most of them. While White Bird includes longtime favorites, the title track (and first single) “White Bird” is a never-before-released cover of a 1969 song from the band It’s a Beautiful Day.

Beyond that, though, this collection is packed with most of Judy’s best, most memorable numbers. And, since she was before my time, though I know many of these songs from the radio, this is the first time they’ve been part of my music collection, and it’s the first time I’ve given them the repeated listens that allow me to truly appreciate the songs’ nuances and Judy’s amazing vocal talent.

Probably the most ubiquitous Judy Collins hit is “Both Sides Now,” her highest-charting song in the U.S. Judy has a subtle, sweet edge to her vocals, and they serve the melancholy tone of this song’s lyrics well, building to power at the end. But you know the song, so you already knew that.

The album also includes “Turn! Turn! Turn! (To Everything There is a Season).” Before it was a hit for The Byrds, it was a Judy Collins tune, and she sings it beautifully.

Seemingly always my favorite song on the collection after most listens, “Chelsea Morning” is coolly energetic and warm, with Judy’s sweet high vocals serving as a cheerful call to greeting a beautiful day.

The never-before-released cover of “White Bird,” though, is also exceptionally impressive. It has that ’60s piano-organ sound and a kind of intense energy for such a sweetly sung song. It serves as a powerful first and title song to kick off this collection.

“I Think It’s Going to Rain Today” is another powerful number, despite its slow tempo and the fact that it really doesn’t build significantly in vocal volume. It’s more the tone of Judy’s voice and of the piano and some of the other instrumentation, as well as the song’s subject matter, that give it its gravitas.

There are a couple duets in the collection. The combination of Judy’s voice with Willie Nelson’s on the soaringly haunting “When I Go” is truly special. And she’s joined by Stephen Stills on “Last Thing On My Mind,” a pleasantly strummed song, and the vocal combo provides a slight – and I do mean slight – rock and roll-ish folk flavor.

The disc closes with “Send in the Clowns,” ending a largely cheerful disc with a powerful heaviness.

It seems odd to even review a Judy Collins album, packed with songs you already know so well. So I guess the message is that this album is available. And, though you know many of the songs, I can attest that this is a great assemblage of them, including at least one – the title track – that you’ve certainly not heard on a record before.

Judy Collins is currently on tour. She has a couple November dates remaining in the Midwest – tonight in Chicago and tomorrow night in Three Oaks, Michigan, down near the Indiana border – but you can see her all over the U.S. during the next half-year or so. (December’s dates are in the Northeast, January’s in the Southeast, etc.) You can find dates and locations on the “Concerts” page of Judy’s website. In Europe, you’ll find a single November 5, 2022 show listed in Borgerhout, Belgium, but, of course, be sure to check Judy’s website periodically for more dates to be added, wherever you live.