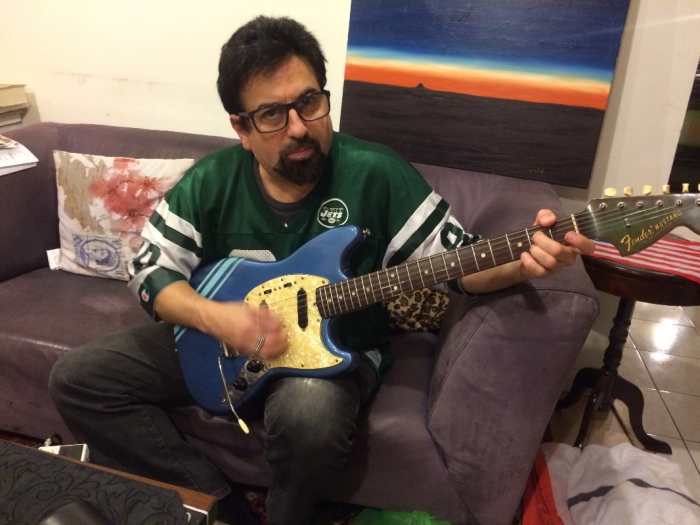 Kenn Rowell is a fixture in the New York punk rock scene. Bandleader of The Baghdaddios. Organizer of BlankFest. About as pure an old-school punk rocker as you’ll find. And yet I’ve always found some of his band’s songs catchier than those of most punk acts whose music crosses my path.

Indeed, behind all of Kenn’s music, he is a songwriter with a broad variety of influences, and this solo album shows the breadth and depth of his musical influences, a colorful musical palette that likely causes his songs to be so frequently interesting beyond genre-specific audiences. But, yeah, they’re mostly still as raw and real as you’d expect, so he’s still a punk at his core. 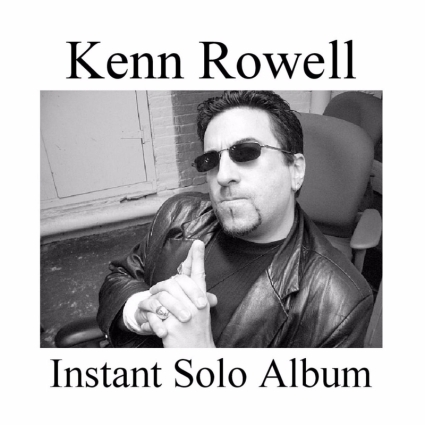 Album-opener “(It’s) Good to Be Back” kicks things off by smacking the listener in the face with shades of Lennon. Rough and ragged Lennon, but Beatles-esque nonetheless… with a bit of a growl here and there unlike anything you’d hear from the Fab Four. But also with some string to give the song a rich fullness.

Psychedelic, slightly swampy guitarwork serves as the driver to “I Guess I’ll Never Fall in Love.” “All About Me” sports a fiddle and almost bluegrassy Americana rhythm supporting its beat-poet-punk vocal style. And “Scared to Move” is dark, outlaw country-influenced, edgy punk Americana. And that’s just the first four songs of this album’s 18. 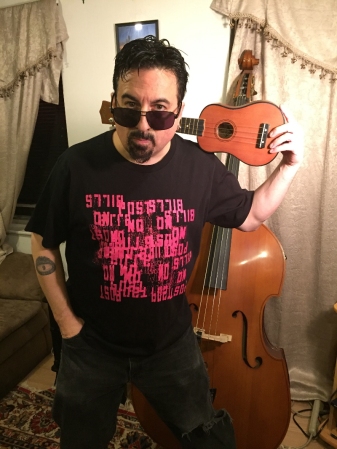 There are several other songs that stand out to me over the course of the rest of this album. “Let It Shine” is a softer-touch strummer that again hints at Lennon a bit, especially so during a mid-song lyrical growl. “This Old Soul” sports a Hee Haw-esque, pickin’ ‘n grinnin’, rockabilly musical backdrop. The acoustic punk “Henry,” a tune perfectly matched to its feedback, squeals, and staticy production. “Antonio” pairs a Beatles-esque guitar-picking style and soaring strings with quirky, somewhat abrupt lyrics that are delivered in a tone that suggest they may be inappropriate though it’s not clear why. “How Low” is a mid-tempo strummer that hints at The Animals but never quite fully commits, holding the tension throughout. “Without a Word” blends heavy rock strumming, booming thoughtful-rock vocals, a slow, steady tempo, and even a well-placed harmonica section. And “This Old Soul” is a wistful, melancholy acoustic guitar-picker reminiscent of what Wally Pleasant might sound like if he had a deep voice and performed such serious songs.

Finally, don’t give up on the album too soon. The “hidden” bonus song is a fun punk-rock cover of an old favorite, reminding you of exactly whose album you just listened to, in case you forgot. It’ll also remind you that an old Baghdaddios disc might make the perfect main course to follow this tasty aperitif.

In the end, Kenn Rowell’s Instant Solo Album is a raw disc showcasing the musical variety and songwriting skill of an industry veteran.

Singer, songwriter, New York punk rock icon. With such a history of accomplishment and talent, it’s always worth giving anything Kenn Rowell does a listen. And this disc is a worthy journey that hints at his broad-based musical influences while offering a little something for everyone.

To keep up on what Kenn and The Baghdaddios are doing, you can peruse The Baghdaddios’ website or follow the band on Facebook or Kenn as @Baghdaddio on Twitter. Kenn has also organized Blankfest for the last couple decades, an annual concert in Nyack, NY that gathers and distributes blankets to New York City’s homeless each winter.