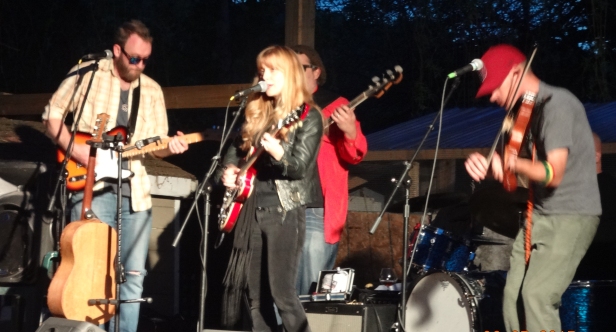 I can’t recall exactly how I discovered Danielle Miraglia‘s music, but I believe it involved local live show listings (and the subsequent checking-out of bands listed) because I first viewed YouTube videos before finding Danielle’s Box of Troubles album available online as a free (“name your price”) download. After months of listening to that album on my PC playlist, Danielle had become one of the artists whose recordings I would look forward to buying as soon as it was released, so I took it one step further and pre-ordered her Glory Junkies CD in the fall of 2014; the album was completed and released that winter. 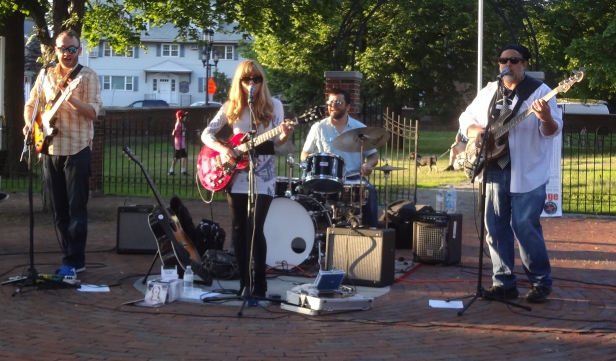 Why This Was a Step on the Road Back

My first CD pre-order was simply one more piece of evidence that I was becoming more involved in the discovery of new music. Since that pre-order, I’ve seen Danielle perform live three times; that’s more than any of the other original independent musicians I’ve been following the last few years. Granted, she performs locally quite a bit, and I happened to be in the right place at the right time a couple of times, but her performances are always absolutely worth it. (I’m partial to her shows with a full band, but that’s no surprise; I do like to rock.)

The word that best describes Danielle’s vocal style is “can I have more than just one word, please?”. She can rock, she can do sultry, she’s frequently a little raspy and gravelly, she can go extremely bluesy — well, she’s always a little bluesy, but sometimes yowza! Regardless, Danielle’s voice is an unmistakable powerhouse. And most of the time it sounds as if she’s singing with a good-natured smirk. And there’s a good chance that’s exactly what she’s doing. All somewhere on the spectrum from folk to blues-rock to full-on blues, yet every song is identifiably, undeniably, absolutely a Danielle Miraglia song. 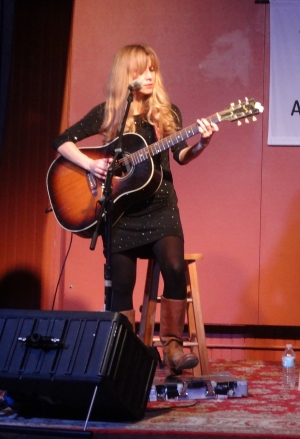 The Glory Junkies tune with probably the greatest hit potential due to its monster hook is the not-quite title track, “Glory Junky.” Lyrically, the song is soaked in sarcastic wit, as well, which only adds to the fun. If you’re looking for blues, you might want to try “Left Hand Turn,” though it’s an absurdity-as-reality style of blues, really the only of its kind on this album, with Danielle wailing the lyrics quite matter-of-factly. Meanwhile, Red Sox fans (and baseball fans and psychology fans in general) will enjoy the slower-paced, folky “Heat of the Win,” essentially a study of misery and forgiveness as it relates to Bill Buckner. “Tear It Down,” meanwhile, delivers a truly rollicking brand of fast-tempo blues. Less bluesy, the slow, lyric-driven “Carmella” really knows how to tell a story; it will play on your sympathy if you listen closely. There’s also a bit of commentary in the twanging surf-blues of “Famous For Nothin’.” But there’s also plenty more pure humor on the disc, from sarcastic zombies at the door in “Coffee-Stained Thank You Cards” to pigeons in, well, “Pigeons.” But be careful what you dismiss as humor; there’s always a bit more “there” there, as is the case with the aforementioned “Pigeons.”

So once again we return to the dilemma of describing Danielle’s musical style. Blues. And folk. And blues-rock. Not so hard. But it’s Danielle Miraglia’s brand of blues/folk/blues-rock. Replete with sarcasm, wit, deep thoughts, great lyrical turns of phrase, and an always-a-little-bluesy vocal style that can navigate all three of those styles (and probably more if she chose to) but still always be undeniably, recognizably her own. Glory Junkies is a fun disc, a musically, vocally, and lyrically satisfying journey. Of course, with Danielle Miraglia at the wheel, it’s no surprise.

7 thoughts on “The Road Back #7: Danielle Miraglia”