When I first heard Liz with Analog Heart, I was impressed, but with each successive step, I’ve heard growth. In dynamic delivery, full utilization of her vocal tools, consistently strong songwriting and the ability to find unique hooks. Most of all, though, while conveying a confidence and feeling that she is exactly where she belongs. That has always been a strength of Liz’s (at least during the two-plus years since I first – and last – saw her perform); her presence just seems to get stronger with each recording. 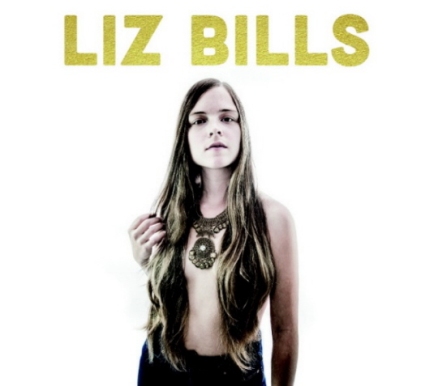 You’ve seen reviews of Analog Heart’s Sun Here I Come album last year and, this past summer, the band’s “Not Good Enough” single here in the Blog. Those had a band vibe. Liz’s new, eponymous EP is still a rock album, but it really showcases her voice and personality within and beyond the music. And hits. It has hits. The first two tracks on the collection are immediate, smack-you-in-the-face with their catchiness kind of hits; the back end of the EP, meanwhile, is subtler in its hookiness, obviously good songs even at first, but they ultimately hit you sneaky-hard as you peel back their layers and discover their massive coolness.

The first half of the collection, which I’ll call the “instant favorites” half, begins with “Born to Wander,” a big song with energetic strumming and rhythm, monster hooky stop-gaps and tempo changes, big, powerful vocals that include Liz’s crystal clear highs, and plenty of engaging character.

It’s followed by “My Man,” another smack-you-in-the-face, memorable-from-the-first-listen, causes-music-journalists-to-overuse-hyphens tune. There’s a bit of a ’70s funky rhythm and some tempo-changing lyrical runs, but the most Liz Bills element of the song is a spoken word, conversational, encouraging/empowering-conversation-with-the-audience portion, something she does memorably well, a trick Analog Heart fans might recognize from “She’s Rock ‘n’ Roll.” Indeed, “My Man” is a song you won’t soon forget. 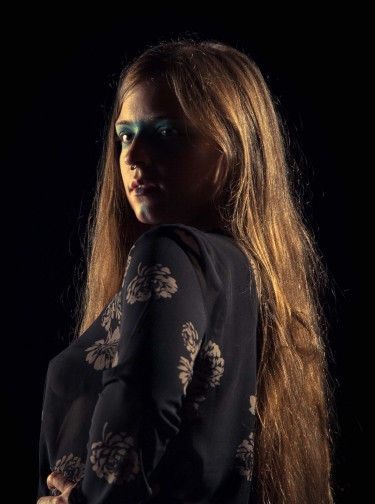 The “back half” of Liz’s EP contains a couple songs whose hooks are slightly more hidden but very certainly potent and likely with a more permanent impact. “Werewolf,” the first single from the disc, was released October 21st. It has a subtler, rhythmically nuanced vocal, a song that softly ratchets the intensity, punctuated by howls that are both appealing and a bit confusing, at least until you start to pay attention to the lyrics (or, at least the song title). Oh, the lyrics are well-crafted to tell the song’s tale, and they match the journey of the song as well as its vocalization and instrumentation, musically leaning on the rich texture and versatility of Liz’s voice while only hinting at its power. “Werewolf” is a thoughtfully-constructed, very cool rock ‘n roll song and quite possibly my favorite…

Unless my favorite is “Bomb Song.” It’s also lyrically clever. And, as with “Werewolf,” once you stop listening passively and pay attention to said lyrics, the unusual point of emphasis, “bang,” suddenly makes sense and becomes the lyric you sing along to the most, just as you start to howl after several listens to “Werewolf.” “Bomb Song” also sports a cool, rhythmic, not-quite-syncopated strum that, at the end, halts abruptly. Abruptly emphasizing the brevity of this four-song collection and making you want more. So, of course, this is an EP that has to be played on repeat.

In the end, yes, I’ve been in Liz Bills’ camp for a while now, intrigued the first time I heard her perform live. At the time, before I started blogging and just as “Merrimack Jane” was released, I thought Analog Heart had finally hit its songwriting groove, found its niche. The band rounded a corner with a strong album beginning to end with Sun Here I Come. And now Liz has managed to kick things up another notch with her eponymous solo EP. She’ll have to blow the roof off the proverbial joint to lift her game any higher, and I look forward to hearing her try. I bet she can. For now, though, I’ll just sing and howl along with her all-too-short solo EP, and I suggest you do the same. This rock ‘n roll singer-songwriter-bandleader is something special.