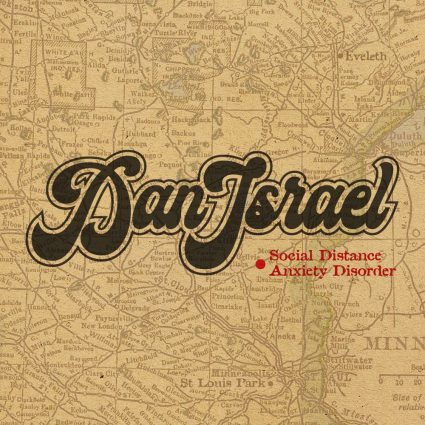 In the past I’ve noted that Dan is a singer-songwriter with a folk-meets-rock delivery, while his wide variety of influences is evident to varying degrees on different albums. Social Distance Anxiety Disorder showcases many of Dan’s influences, and most of the disc would be best described as a singer-songwriter rock ‘n roll album. The opening track, “Wit’s End,” is markedly more pop than folk, with a peppy, word-thick delivery blending harmony and hooks. “Bewildered,” though, cranks things up a bit, as it’s more of a strumming ’70s rock-era protest song that complains densely in the verses before opening things up more in the choruses. And “Bustin’ Out” has a hint of Beatles influence, with a crunchy guitar opening, a rich music bed, and several opportunities to sing along with the “ahhhhh” in the background. 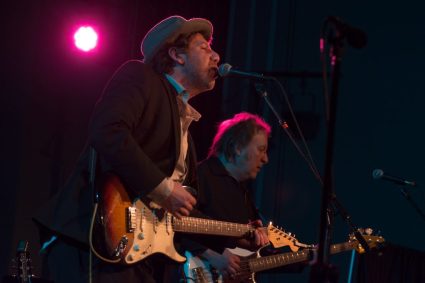 “Don’t Think They’ll Say” comes across as Dylan meets a travelin’ road song. It flows neatly into the smooth “Trying for a Long Time,” a strummer with a calming, mellow vibe.

Some nifty plucking opens “Guess It’s Time/Everyone” before the song’s chunky, steady-paced beat kicks in. Seemingly a simple melody at first, additional instruments and rhythms join, and the song evolves into an attention-grabber.

“Little Bit of Your Love” follows energetically, as thumping drums and a past-midpoint guitar solo drive home a rock ‘n roll vibe to deliver a tune you might hear on some Tom Petty or John Mellencamp records, complete with an off-balance, Petty-esque rock vocal vibe. Dan cranks it up a little more, even, on “Something for the Pain,” a bluesy, gritty, and kind of psychedelic rock number equally befitting a concert stage and a seedy dive bar.

“Vision in My Dreams” settles things down a little, closing the disc with a thoughtful vocal line and a broad, open, expansive sound.

The breadth of this disc causes it to be one of my favorite Dan Israel albums, as I can play it easily on repeat due to the variety of tempos, moods, and influences showcased throughout. Dan is one of the handful of great, regionally-renowned American troubadours – a singer-songwriter whose music is peppered with influences that enable him to appeal to multiple fan bases. It’s always a pleasure to review one of his well-crafted, engaging releases, like Social Distance Anxiety Disorder.