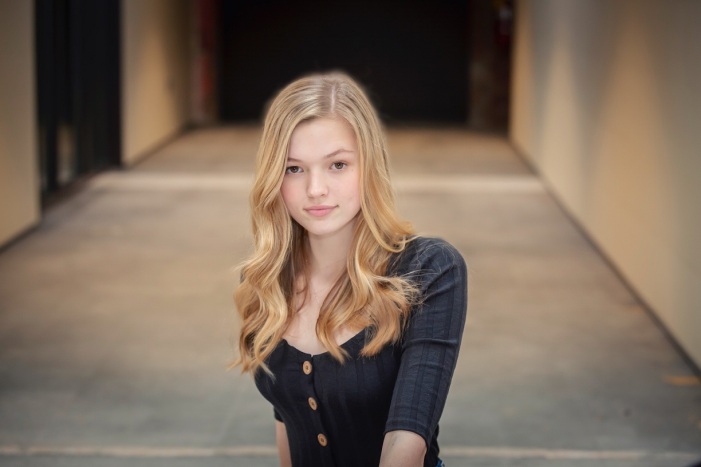 Leah Belle Faser has one of the biggest, baddest, “how is she not a star already?” sounds of the young country artists I’ve heard lately. Just a few seconds into my first listen, I knew I review this EP and share her music with you. And now, after several listens, whenever one of her songs starts on my playlist, I rack my brain trying to remember which famous country artist she is. That’s an easy way to tell you’ve found a truly special artist. And the lyrics and music are all Leah Belle Faser originals, too. She’s a complete artist.

The (boom!) massive hit of the disc is its third song, “Better Than Mine.” It’s a melancholy, dreamy number, performed more mid-tempo than slowly, but still not usually a breakout song tempo… oh, but the hooks! And the faster-and-slower tempo changes. And the lyrics! It’s a heartbreak, post-split song about the conflicting emotions after a breakup, when, even though it was clearly the right call – something portrayed by this song largely in attitude and briefly by lyric – it’s hard to see an ex moving on faster and, seemingly, better. And the lyrics in the chorus? Check this out (because you’ll be learning them and singing along): “When I said I wish you the best, but I didn’t know that would mean you’d be doing just fine, without me in your life, a new girl every night, I guess your best is better than mine.” 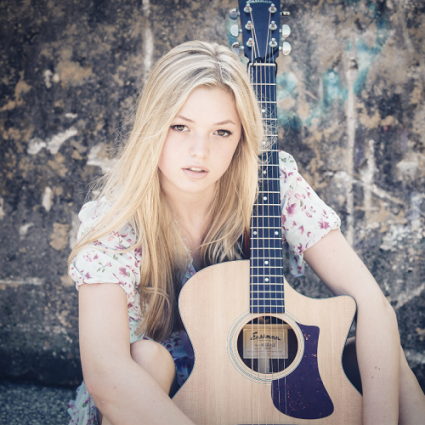 EP-opener “The Lift,” however, has hit potential in its own right. Leah’s voice raises strongly, lilts sweetly, and pushes persistently and convincingly through the lyrics of this song about finding love. Big-time country hit lyrics, to be sure: “Kiss me like you met me in the pouring rain, when I wore that Stardust t-shirt and it drove you insane…”

And “Second Hand Store” is an energetic, sassy pop-country number, with a cheerful tempo and small-town charm. On this song, it’s just some of the small turns of phrase that pull me in, from the catchy, unexpected rhyme of “With Burberry and Tiffany, you’ll have your epiphany” to the clever little “You finally realized the juice ain’t worth the squeeze.” 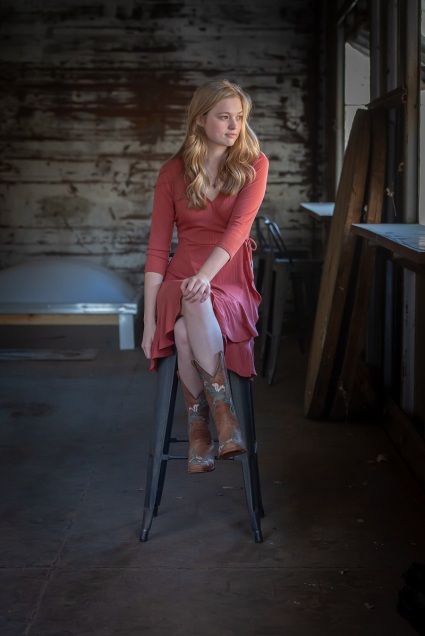 The third song on the disc is “Better Than Mine,” which I’ve already gushed about. It’s followed by “What Could Have Been,” that truly thoughtful song of missed opportunities, when you’re young and in love but are just passing driftwood riding divergent currents. No snark in this one. Just plenty of feelings, sweetly detailed vocals runs, and a textured depth of emotion, both when Leah stretches out the notes and when she quickly dashes through a lyrically-clever, fast-paced run.

The softness continues on “Back Home,” a memory-filled song about missing where you came from while pursuing your future far away. A song about sometimes wanting the life and surroundings you grew up with, about your home always being in your heart and missing what you’ve left behind. Leah’s voice roars, then softens, then roars again, taking you on a roller coaster ride that leaves you with watery eyes and a lump in your throat. (I’m not crying; you’re crying.)

Rock guitar kicks off “Play On Words,” and Leah’s voice reflects an attitude and edge that’s almost along the lines of Alannah Myles’ “Black Velvet,” but more country and with a little bit of that sassy Opry twang. Every time I hear this song I think it reminds me of a really famous song. And then I realize I’ve now heard “Play On Words” enough that it, in fact, is the song it reminds me of. Sign of a great tune.

Finally, Crossing Hermi’s Bridge concludes with “Ruled” a mid-tempo pop-country-rocker, that defiant number that’s almost a requirement of a young vocalist. Leah has shown a variety of sides of herself on this short, seven-song collection, but this song is the only one that displays this specific tone of very cool yet quite familiar defiance.

And… whew! Even without the well-crafted lyrics, with every word so cleverly and precisely chosen like an established veteran songwriter, Leah Belle Faser’s delivery would deserve a country music fan’s attention. But she’s a songwriter and lyricist of astounding caliber, too! Just wow! I realize I’m more than 700 words into the review, but I’m speechless… figuratively speaking.

You need to click on the “News” tab of Leah’s website too find her upcoming shows, and she has three listed. On February 13th, she’ll be at J. Michael’s Prime in Canton, GA. On March 5th, she’ll be at the Old Vinings Inn in Atlanta. And on March 13th, she’ll be performing at Engelheim Vineyards. If you’re venturing out, go hear her perform live. And if you’re not going out for live music right now, then check back at Leah’s website a couple weeks after you get your second vaccine.